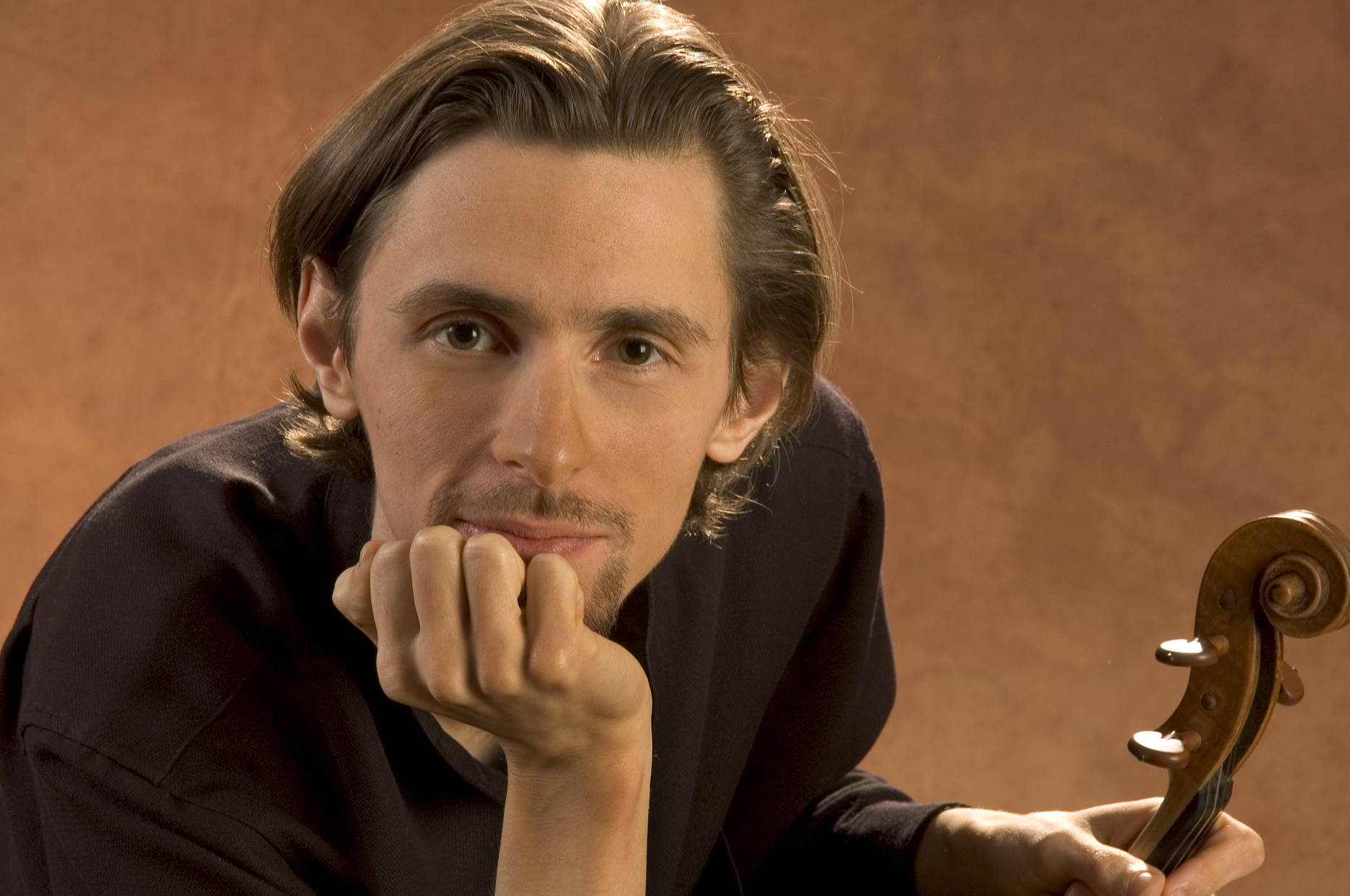 Paul Schoenfield dug into the Jewish folk music of Eastern Europe for his Trio, with movements that dance to the Freylakh and Kozatzke. Ernest Bloch, too, famously sought musical inspiration in his Jewish roots, although it was to the Far East of his imagination that he turned in his Suite for Viola and Piano, composed a century ago. And guest artist Steven Mackey describes his 2017 work as ‘a dialogue between music that is readily grasped and that which seems to slip through one’s fingers’.

Trio for Violin, Clarinet, and Piano

Paul Schoenfield has provided the following note to accompany his Trio:

In 1986, clarinetist David Shifrin asked me to write a chamber work for violin, clarinet and piano, but it was not until summer of 1990 that I was able to begin the project. In addition to the primary goal of composing a work for David, the Trio realizes a long-standing desire to create entertaining music that could be played at Chassidic gatherings as well as in the concert hall. The opening movement, Freylakh, is a joyous dance that is almost frenetic in the intensity of its merry-making. The March is bizarre and somewhat diabolical in nature, and the Nigun is a slow movement of introspection. The work closes with a lively Kozatzke (Cossack Dance). Each of the movements is based partly on an East European Chassidic melody. The exact source of many Chassidic melodies is unknown. Frequently they were composed by the Tzadikim of the 18th and 19th centuries, but often as not, they appear to have been borrowed from regional folk songs, Cossack dances, and military marches. In their Chassidic versions, however, the melodies and texts were completely reworked, since the borrowed tunes, which originated in a completely different milieu, could not satisfactorily express the Chassidic idea that regarded the exuberant expression of joy as a religious duty.

Steven Mackey has provided the following note to accompany Through Your Fingers:

A recurring concern in Through Your Fingers is the space between direct and elusive. Solid lines of melody become flickering vapor trails. Robust chords become distant wind chimes. Transformation, illusion and reimagining interact with straightforward notions of harmony and melody to create a dialogue between music that is readily grasped and that which seems to slip through one’s fingers

Through Your Fingers is a little over 17 minutes long and is played without pause although there are 3 almost pauses – nodes – that join 4 discrete musical threads that arc, one by one, through the piece.

Ernest Bloch’s path in life allowed him to absorb multiple rich musical heritages and traditions. Born in Geneva in 1880, Bloch spent formative years studying music in Geneva, Brussels, Frankfurt, and Paris, before returning to his hometown to work for his father’s company. From about 1910, he began exploring his Jewish identity in particular, with several settings of Psalms for voice and orchestra and works like Israeland Schelomo. In 1916, Bloch visited the United States for the first time, initially as a conductor, but subsequently taking up teaching at the Mannes College of Music in New York. During this stint in the U.S., he composed this Suitefor Viola and Piano, submitting it to the Berkshire Chamber Music Competition, which he won. The suite marks a change of course in Bloch’s approach, away from explicitly Jewish themes (to which he would return in the 1920s), and toward a romanticised fascination with East Asia very much in line with exoticist trends in the French sphere.

In 1920, Bloch would go on to direct the Cleveland Institute of Music, then the San Francisco Conservatory, before returning to Switzerland in the 1930s. With the rise of Nazism in Europe, he returned to the United States in 1940, and eventually settling in Oregon, where he died in 1959.

At the time of its premiere, Bloch wrote the following:

“My Suitedoes not belong to my so-called ‘Jewish works’ — though, perhaps, in spite of myself, one may perceive in a very few places a certain Jewish inspiration. It is rather a vision of the Far East that inspired me Java, Sumatra, Borneo, those wonderful countries I dreamed of so often though I was never fortunate enough to visit them myself in any other way than in my imagination. I first intended to give more explicit – or picturesque – titles to the four movements of the work, as: (1) In the Jungle; (2) Grotesques; (3) Nocturne; (4) The Land of the Sun. But those titles seemed rather incomplete and unsatisfactory to me. Therefore, I prefer to leave the imagination of the hearer completely unfettered, rather than tie it to a definite program