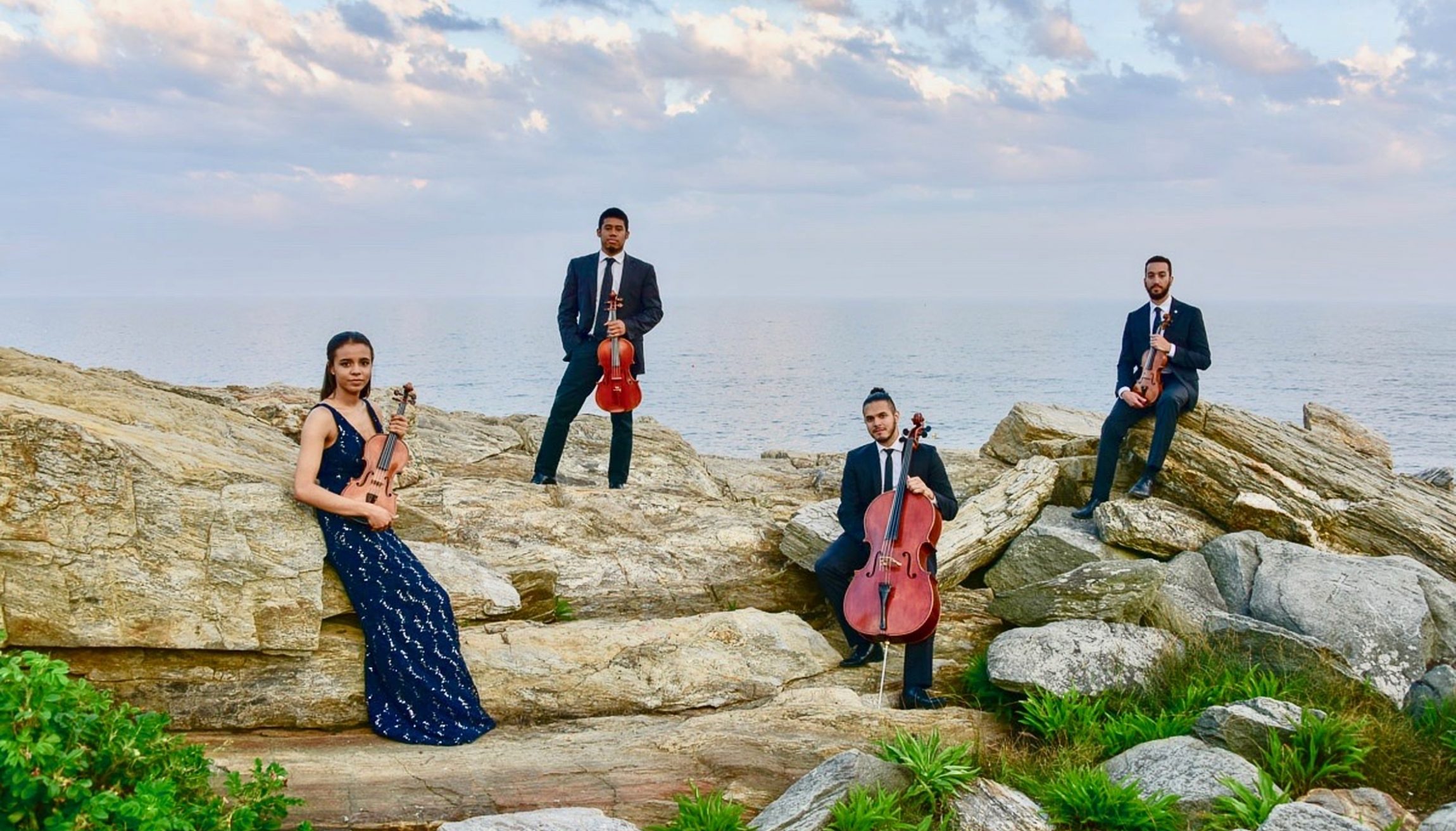 Death Valley Junction, CA: Population, 3; Amenities: a café, a hotel, and the still-active Amargosa Opera House. Guest composer Missy Mazzoli’s duo is dedicated to Marta Beckett (1924-2017), the actress who kept the Amargosa up and running as long as she lived. Mazzoli’s quartet is paired with Ravel’s duo Sonata, dedicated to the memory of Debussy whose death had recently shaken the musical world of France. The second half journeys through Shostakovich’s Trio, a work of extremes composed in the midst of midst of World War II.

Sonata for Violin and Cello

In the aftermath of World War I, many composers sought, in their respective ways, to reintroduce an element of sobriety, even a critical edge, into their art as a corrective to what became seen as pre-war Romantic decadence. For Ravel, this meant a reaction against the luxuriant style of such works as Daphnis et Chloé (1912), with its lush harmonies, lavish orchestration, and eroticised narrative. In his first major post-war composition (La valse), Ravel turns decadence against itself as the opulent waltz spins into an ironic, frenzied, climax.

In his Sonata for Violin and Cello, Ravel took another approach. As he noted in his Autobiographical Sketch: “Austerity is pushed to the extreme: renunciation of harmonic charm; increasingly marked reaction in favor of melody.” The work’s bare instrumentation further contributes to this sense of compositional restraint; Ravel considered the musical materials “truly symphonic”, stripped down for two instruments.

Ravel dedicated the work to the memory of Claude Debussy, who had died in 1918. The two composers, the nation’s two leading musical voices, shared a mutual, if not uncritical, admiration for one another; however their relationship had chilled over the preceding decade, a fact which Ravel appeared to regret. The two were friendly, if not close, in the 1890s; Ravel’s high regard for the elder composer was exemplified in 1902, when he was captivated by Debussy’s controversial opera, Pelléas et Mélisande; while Debussy was being attacked by many critics, Ravel was transfixed, and attended all fourteen performances of the opera’s premiere run. Why the two composers fell out has been a cause for speculation. The constant comparisons between Debussy and Ravel in the musical press no doubt caused tension between the two composers, perhaps despite themselves; according to Roger Nichols, Ravel was later to remark, “It’s probably better for us, after all, to be on frigid terms for illogical reasons.”

Death Valley Junction is a sonic depiction of the town of the same name, a strange and isolated place on the border of California and Nevada. The “town” is home to three people and consists of a café, a hotel, and a fully functional opera house. Death Valley Junction is dedicated to Marta Becket, the woman who resurrected and repaired the crumbling opera house in the late 1960s and performed one-woman shows there every week until her retirement last year at age 86. The piece begins with a sparse, edgy texture – the harsh desert landscape – and collapses into a wild and buoyant dance. Marta Becket once compared herself to the single yellow flower that is able to, against all odds, flourish in the desert. This piece attempts to depict some of her exuberant energy and unstoppable optimism, and is dedicated to her.

In December 1943, Shostakovich mentioned that he had a trio in progress “on Russian folk themes”. However, when, Ivan Ivanovich Sollertinsky – a formidable linguist, musicologist, artistic director of the Leningrad Philharmonic, and dear friend of Shostakovich’s – died unexpectedly the following February, the composer was shaken. As Shostakovich wrote to Sollertinsky’s widow, “I cannot express in words the grief that engulfed me when I received the news of the Ivan Ivanovich’s death. He was my very closest and dearest friend. I owe all my education to him. To live without him will be unbearably difficult.” Thus, just as Tchaikovsky’s Piano Trio was a memorial elegy for the late Nikolai Rubinstein, and Rachmaninoff’s Piano Trio was an elegy following the death of Tchaikovsky, Shostakovich continued the emerging Russian tradition of composing elegiac piano trios.

In startling contrast with the Scherzo, the emotional heart of the Trio throbs in the Largo. Shostakovich cast this movement in the form of a passacaglia.