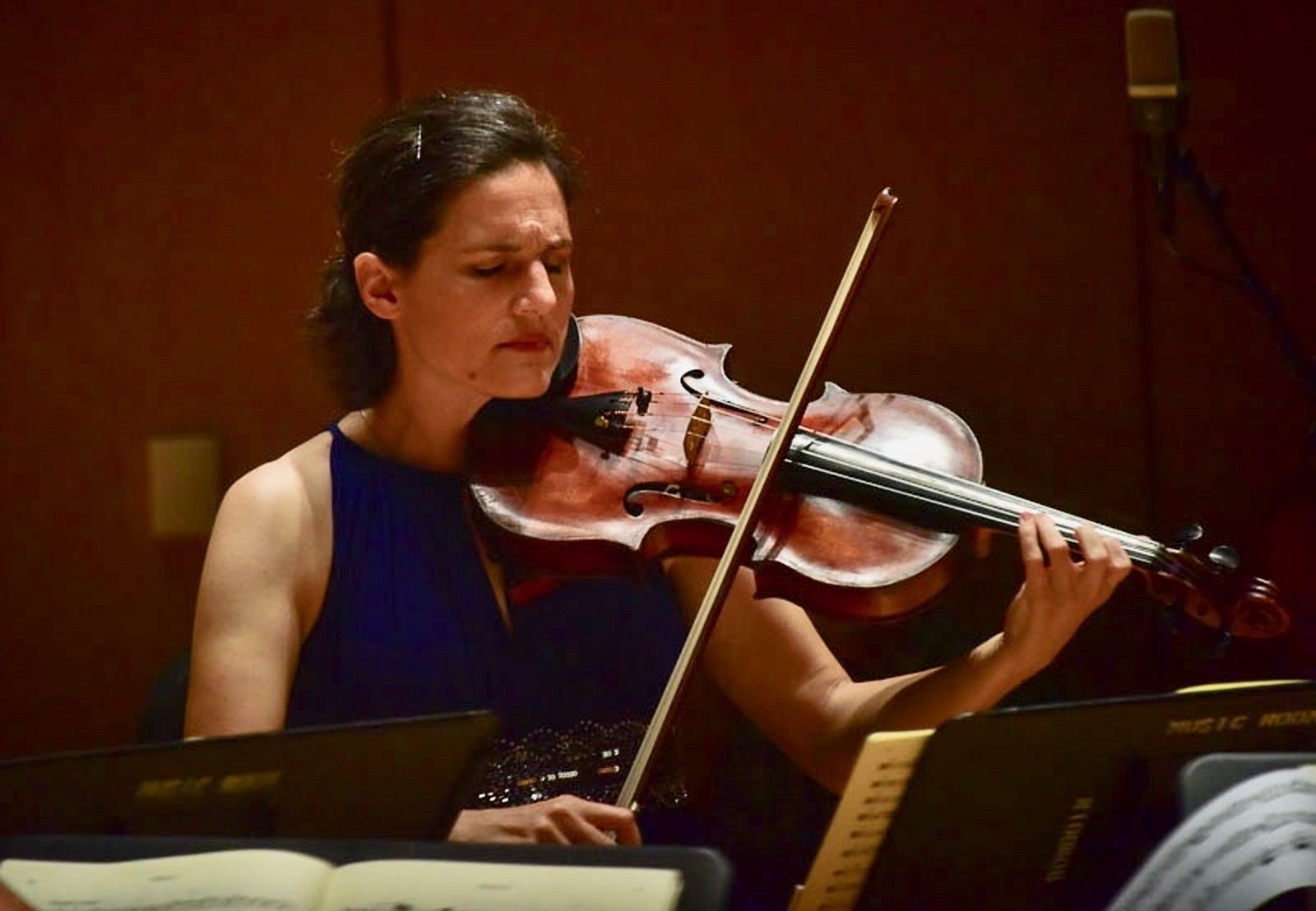 Commissioned in 2013, guest artist Steven Mackey’s One Red Rose was composed to commemorate President John F. Kennedy on the fiftieth anniversary of his assassination. To find an artistic point of entry into the trauma of the assassination, Mackey empathized with Jackie Kennedy, describing her as a “vivid symbol of way the assassination traverses the public and the private”. On the second half, the second of Fauré’s magisterial piano quartets (hear the first on July 15).

In 1777, growing tired of his position at the court of Salzburg and with a conviction that he could earn a more illustrious (and more remunerative) living elsewhere, Mozart, aged twenty-one, set off on a tour of the musical capitals of Europe in search of a new post. The grail, his ultimate destination, was Paris, still the continent’s leading musical capital. The Mozarts had visited the royal palace at Versailles a decade prior on the family’s “grand tour”, when the young prodigy had been allowed to kiss the hand of the queen.

This time, as last, Mannheim was also on the itinerary. In those days, Mannheim was renowned for arguably the best orchestra in Germany, thriving under the lavish patronage of the Elector Palatine, Karl Theodor. While there, Mozart consorted with fellow visitors, including a certain Dutchman named Ferdinand De Jong. This “gentleman of means” (as Mozart would describe him), a surgeon with the Dutch East India company, was an amateur flutist, taking lessons from a Mannheim musician. He offered Mozart a generous sum in exchange for three short flute concertos and a few quartets for flute and strings. Mozart made the wise professional move and accepted the commission, even though it ultimately bored him and he languished over it. Writing to his father, he claimed, “You know that I become quite powerless whenever I am obliged to write for an instrument which I cannot bear” – a stray remark which has fed the (likely exaggerated) claim that Mozart possessed a strong aversion to the flute. Mozart nevertheless insisted on his own integrity, assuring his father that however onerous the task, he would invest his best efforts into any music bearing his name.

And yet Mozart’s focus was concentrated in another direction: while in Mannheim, he met the soprano Aloysia Weber, with whom he fell in love, and for whom composed an aria, apparently with greater enthusiasm than the flute pieces. In the end, Mozart completed two quartets for De Jong, of which this is the first, in addition to two concertos. His romance with Aloysia, on the other hand, came to an abrupt end when he disclosed it to his father – and in the end, Mozart would go on to marry her sister, Constanze.

Steven Mackey has provided the following program note to accompany One Red Rose:

One Red Rosewas commissioned by Carnegie Hall, Yellow Barn and the Nasher Center to commemorate the 50th anniversary of the assassination of President John F. Kennedy on November 22, 1963. The music aspires to honor the memory of President Kennedy and acknowledge the tragedy endured by his family, friends, and country.

The piece is in three movements:

In the most abstract terms this piece explores the dialectic between the personal and the public. The news of the assassination of JFK was broadcast around the world. Until 9/11 it was the biggest news story of my life. Nothing could be more public and at the same time the news hit individuals in a personal way as they stopped on city streets stunned and often crying. I was seven years old, home from school sick, when the news interrupted my television show. Seconds after that I heard our neighbor come in the front door and join my mother sobbing.

In the midst of this public crisis I have particular empathy for the personal tragedy felt by his family. One individual in particular that I drew inspiration from was Jackie, the First Lady who gracefully navigated through one extreme situation after another during this time. She becomes the most vivid symbol of the way the assassination traverses the public and the private. The highly structured protocol of a state funeral provides an opportunity for the world to pay its respects and gain some modicum of closure. However, this is just the beginning of the grief process for those closest to the deceased. Jackie is suddenly a widow with two small children. She had been devoted to her family and supporting her husband’s political career and now she must move out of her residence and reinvent her life. Judging from my own experience I imagine that after the dignified way she helped the world bid farewell to her husband, there was a period of great personal suffering more befitting an aria than a more public anthem.

The contrast and coexistence of control and chaos which characterized the minutes, hours and days unfolding from the assassination and in many ways is related to the dialectic between the personal and public is also an important aspect of the piece. Again Jackie was a focus and the steadfast comfort she provided for her husband in the midst of a frenzied manhunt and news reportage was like a still point of serenity within the swirling chaos.

The title – One Red Rose– comes from the report from a secret service agent examining the presidential limo for clues after Kennedy was taken into the emergency room. All he saw was one blood soaked red rose that had fallen from the bouquet of 12 that Jackie was given upon her arrival.

Fauré’s Op. 45 piano quartet is the second of his two works in the genre (the first having been performed last week), begun shortly after revisions to the Finale of the first one. In the absence of any clear motivation or commission for Fauré to compose another piano quartet, musicologists have concluded that Fauré must have simply wished to continue to explore the genre in greater depth. Given the successful reception of his first quartet, this would make sense.

Although Fauré appears to have devoted all of his compositional energies to the quartet during 1885–86, there is little trace of the work in his correspondence from that period. However, twenty years later the work gave rise to a Proustian experience, and one of Fauré’s most evocative musical and philosophical ruminations. He expressed it thus in a letter to his wife:

“It is only in the slow movement of my Second Quartet where I can remember having translated, without really meaning to, the distant memory of bells ringing, which at Montgauzy in the evenings, would reach us from a village called Cadirac when the wind blew from the west. Their sound gives rise to a vague reverie, which, like all vague reveries, is not translatable by literary means. Yet isn’t it often that something external lulls us into thoughts of a sort so imprecise that they are not really thoughts at all, though the mind certainly finds them pleasurable. Perhaps it’s a desire for something beyond what actually exists; and that is indeed the domain of music.”

Fauré is describing the opening of his Adagio, the quartet’s third movement. The piano begins in the bass register, suggesting muted bells of pendular regularity, striking perfect fifths; syncopated, these faraway chimes cut across the time signature of 9/8, before dissolving up the keyboard in an arpeggio, out of time. While Fauré consistently mistrusted music’s ability to express “external”, or non-musical, thoughts or imagery, he seems to hint that this movement, in its association with a specific sonic memory, was an exception. In the words of musicologist Carlo Caballero, Fauré here found himself “up against the threshold of musical ineffability.”