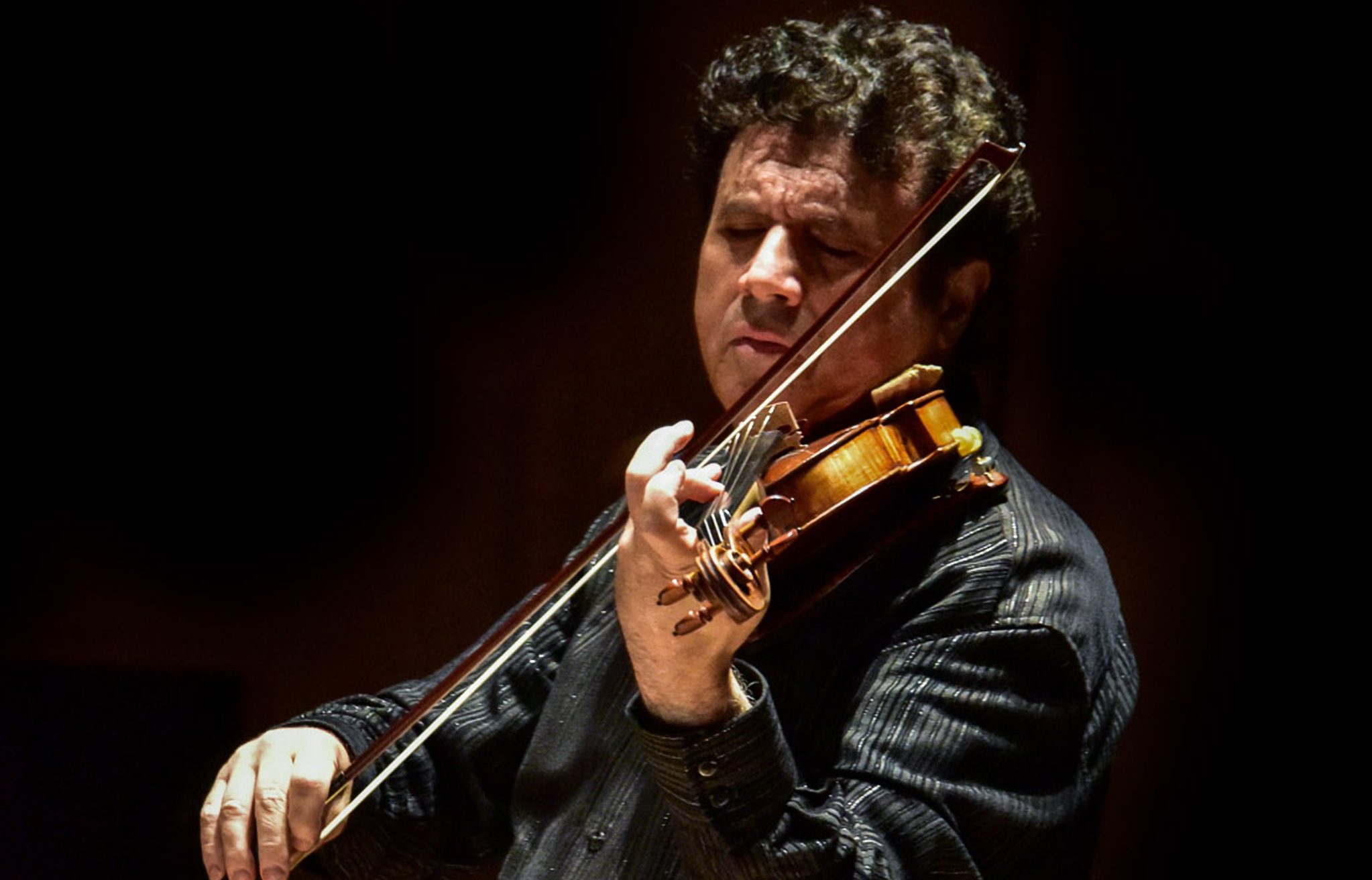 Falla’s Suitebegan life as a set of seven songs, composed when the Spanish soprano, touring the French capital where Falla lived and worked, asked the composer what she should sing to a Parisian audience. Falla, taking matters into his own hands, responded with the collection of “Siete canciones populares españoles” – six of which were later adapted into this suite by the Polish violinist Paul Kochanski.

While Falla was born in Cádiz, Andalucia, he received much of his musical training in Madrid, and had not in fact been exposed to a great deal of Spanish folk music firsthand during his youth. For this set of songs, he instead relied on published anthologies such as José Inzenga’s 1874 collection, Ecos de España, which gave rise to half of the songs in the suite. Although Falla claimed that the song “Nana” was “an Andalusian cradle song” and “the first music he had ever heard from his mother’s lips,” more recent research by musicologist Michael Christoforidis has shown that even this movement was modeled on a printed source.

However, Falla’s song arrangements extended beyond simply copying songs from these volumes. Falla paid particular attention to the textures of traditional instrumental ensembles, which he reproduced through inventive piano writing. These, in turn, were further enhanced by Kochanski’s virtuosic arrangement, comprising guitar-like techniques and requiring challenging manoeuvres such as rapid pizzicato using both hands. Falla’s songs became immensely popular, welcomed by Parisian audiences seduced by hispanisme– a taste for a Spanish culture viewed as “exotic” and thus alluring – since the days of Carmen.

Suite from The Soldier’s Tale

When World War One broke out in 1914, Stravinsky and his family were based in Switzerland. In some ways, Swiss life was insulated from the violence devouring the rest of the continent, allowing Stravinsky to get on with his art relatively unimpeded. However, Stravinsky faced ongoing financial difficulties, exacerbated by the Russian Revolution in 1917 which rendered him in exile. Stravinsky sought support during this period from the merchant and philanthropist Werner Reinhart, who had made his fortune in trading colonial commodities, and who offered assistance to a range of artists – including Rainer Maria Rilke, and later, composers like Hindemith, Honegger, and Webern.

The genesis of L’Histoire du Soldatwas Alexander Afanasyev’s famous collection of Russian folklore, in which Stravinsky had found solace reading during the war. Stravinsky enlisted the help of the Swiss writer Charles-Ferdinand Ramuz for the libretto, and the story goes like this: Joseph, a soldier, is returning home from the army when he meets a man interested in acquiring Joseph’s violin in exchange for a magical book. Joseph accepts the proposition, only to later realise that the man was in fact the devil. The encounter will continue to haunt him. The tale concludes with a statement of the moral: “You must not seek to add / To what you have, what you once had; / You have no right to share / What you are with what you were.”

The wartime contexts also gave material shape to Stravinsky’s work. Designed as a ballet fit for a low-budget touring theater troupe, the dancers are accompanied by a scrappy ensemble of seven musicians and a narrator. The motley ensemble produces an eclectic collage of musical styles – including a tango, a waltz, a ragtime, marches, and a chorale – as Joseph is incessantly beleaguered by the devil in a sequence of episodes. These are preserved in the concert suite, which was extracted and premiered two years after the ballet, in 1920 at Wigmore Hall, London.

“Modulate, modulate, modulate!” With these words, Franck reportedly exhorted his students (including a resistant Claude Debussy) never to settle comfortably into any one key. Although Franck was professor of organ, not composition, at the Paris Conservatory, young composers knew to flock to his classes for legendary lessons in improvisation that shaped some students’ approach to writing music more than their composition professors ever did.

Franck brought this advice to bear in his own mature works, such as this Piano Quintet, steeped in increasingly dense chromatic harmonies. Moreover, Franck’s style was not only harmonically dense but thematically so, with melodies and motifs developed and resurrected from one movement to the next, creating what is known as “cyclical” form. However, in the context of late–nineteenth-century France, such chromaticism and cyclicality were generally thought of as “German” musical characteristics, a designation that appeared especially threatening to some French composers and critics in light of Wagner’s soaring popularity. Indeed, the reception of Franck’s Piano Quintet was fraught – many were enraptured by its stormy energy, while others were severe in their distaste.

The tales of two such detractors provide colorful context. One was César Franck’s wife, Felicité. She had become aware (it was no secret) of her husband’s irrepressible lust for one of his students, the composer Augusta Holmès; believing Holmès to be the source of the Quintet’s emotive expression, Felicité Franck had no tolerance for the work. The other detractor was the composer Camille Saint-Saëns, who played piano at the premiere. Franck, so pleased with the performance, took the chance to publicly dedicate the work to Saint-Saëns during a curtain call – leading the latter to turn around and leave the stage. We can only speculate at Saint-Saëns’s reasons for this humiliating stunt. A staunch nationalist, perhaps he was offended by the Germanic flavor of the work (this became the source of ongoing disputes between the two composers in the 1880s). Or perhaps there were personal reasons: Saint-Saëns himself had proposed marriage several times to Holmès, and may, too, have resented the work’s association with her. If Saint-Saëns’s relationship with Franck had become testy, he nevertheless paid homage to the elder composer in 1890 – as one of the pallbearers of his casket.