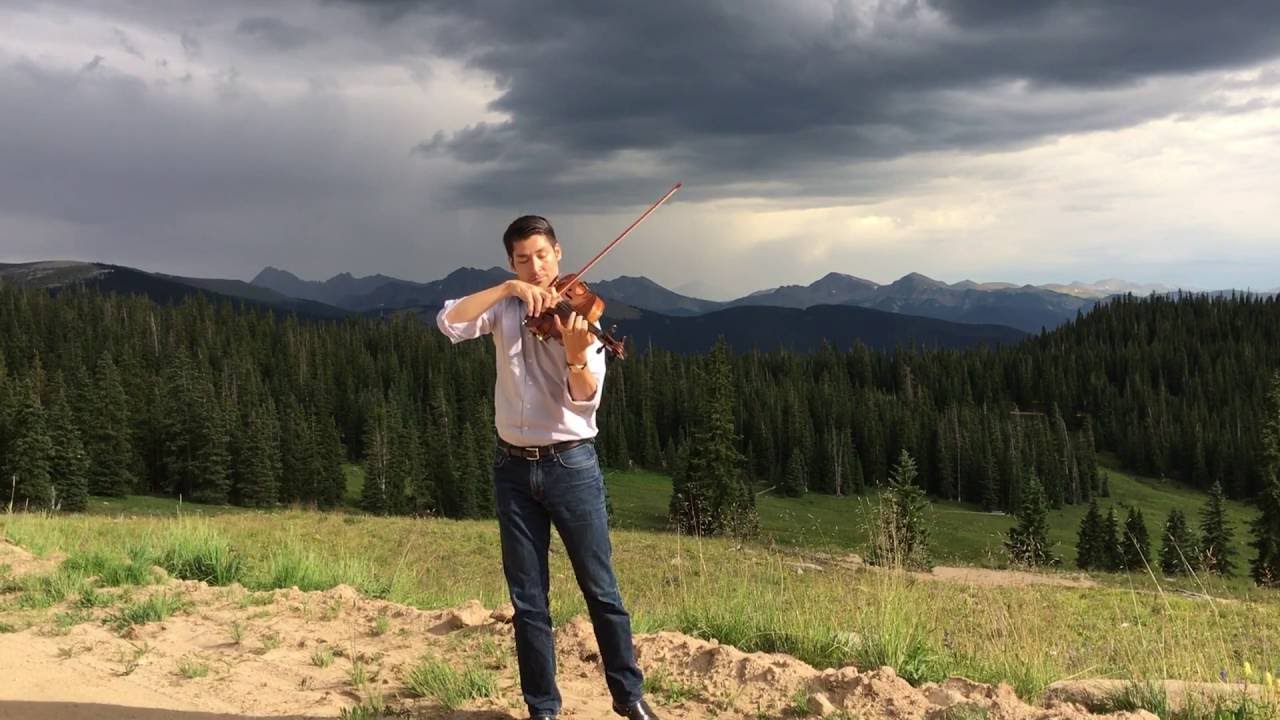 Mozart took easily to violin sonatas, composing his first at the age of six and returning to the form throughout his life. Things were slightly different for Pulitzer Prize–winning composer John Harbison (on faculty this summer), who was in his seventies when he composed his first Sonata for Violin and Piano, which features ‘Sinfonia’ and ‘Aria’ among its five interwoven movements. After the intermission, Ravel taps into his own Basque roots in his incandescent Piano Trio.

The visit of the twenty-year-old Italian violinist (and guitarist), Regina Strinasacchi, to Vienna in 1784 caused a stir of anticipation. A concert was organized for Emperor Joseph II, and Mozart joined in the excitement. As he wrote to his father: “We now have the famous Strinasacchi from Mantua here – a very good violinist. She has much taste and feeling in her playing. I am just now writing a sonata which we will play together in the theatre on Thursday at her benefit concert.”

That premiere performance was to become infamous: Mozart, not having left enough time to copy out the Sonata before the performance, notated Strinasacchi’s part, and performed at the keyboard entirely from memory, never having set his part down on paper. Not wishing to upset the emperor with this lack of preparation, Mozart laid a blank sheet of paper on his music stand for the performance; when the emperor, wishing to consult the score after the concert, asked Mozart to see it, Mozart was obliged to admit the truth. There is good reason to believe this anecdote, or at least the first half of it, and the proof is in the manuscript: the violin part, written comfortably in black ink, contrasts with the keyboard part, compressed to fit beneath the violin, scrawled in a different color and clearly after the fact.

Mozart composed thirty-six sonatas for violin and keyboard throughout his life, a corpus which illustrates the growth both of the composer and of the form. While many of the earliest examples are two-movement works, treating the violin as an ad libitum accompaniment, Mozart later began to add fast third movements and allowed the violin to assume an increasingly equitable role in the ensemble. This parity is manifest in the sonata for Strinasacchi, with both players engaging in dialogue and trading themes and flourishes, and expanding the potential for playfulness and tension within the duo.

Sonata No. 1 for Violin and Piano

John Harbison provides the following program note to accompany Sonata No. 1 for Violin and Piano:

Sonata No. 1 for Violin and Piano is described in that way because I wish to continue to write for this combination: I worked concurrently on another sonata (No. 2) of quite different character. The headings suggest the nature of the movements as they begin, but they often move in other directions. The boundaries between the movements are sometimes blurred. The natural pulse of musical thought, relying more on aural confidence than heady structural logic guides the narrative. This sonata is the second of my pieces to receive its first performance at the Chamber Music Society of Lincoln Center, twenty-eight years after the premiere of Twilight Music, for horn, violin, and piano.

Piano Trio in A Minor

The gestation of Ravel’s piano trio was lengthy and leisurely; he wrote about the planned work as early as 1908, and began sketches in 1913 while vacationing in Basque country, near his birthplace in the town of Ciboure. However, progress was unrushed until the outbreak of World War One in the summer of 1914, at which point Ravel felt compelled to enlist in the French military to aid the war effort – but insisted upon completing his Trio first. He thus entered a period of intense, frenzied composition: “The thought that I would go away forced me to do five months’ work in five weeks,” Ravel wrote in a letter to Roland-Manuel; and in another letter, to his friend Ida Godebska, Ravel confessed, “Never have I worked so hard, in such a crazy, heroic fury.” Having dashed off the trio, Ravel reported for service, only to be turned away for his frail and slight build.

The trio is formally eclectic and experimental, borrowing rhythmic and formal elements from a range of sources. The first movement, inspired by Basque melodies and rhythms, is set in 8/8 time, and shares materials with the Basque-themed piano concerto, Zazpiak Bat, that Ravel was composing during the same period (but later abandoned). The scherzo-like second movement is based on a Malay poetic form called the ‘pantun’ or ‘pantoum’, featuring a structure of repetitions interspersed with new materials; adapting this musically, Ravel superimposes the movement’s opening theme upon a slower chorale in the middle section, with the piano performing in 4/2 time, while the strings continue in 3/4. The third movement is Ravel’s take on a passacaglia, demonstrating his budding interest in Baroque forms which is further seen in his Tombeau de Couperin, composed in the years following the Trio. In the Finale, Ravel blends a pentatonic theme with 5/4 and 7/4 time signatures, experimenting with a range of timbral and textural combinations and bringing the work to a dense and virtuosic close.

Ravel continued to apply to join the army, and was repeatedly refused; finally, he managed to enlist as a truck driver in March 1915; the job put him in perilous and stressful conditions, and ultimately contributed to the deterioration of his health, which never fully recovered after the war.