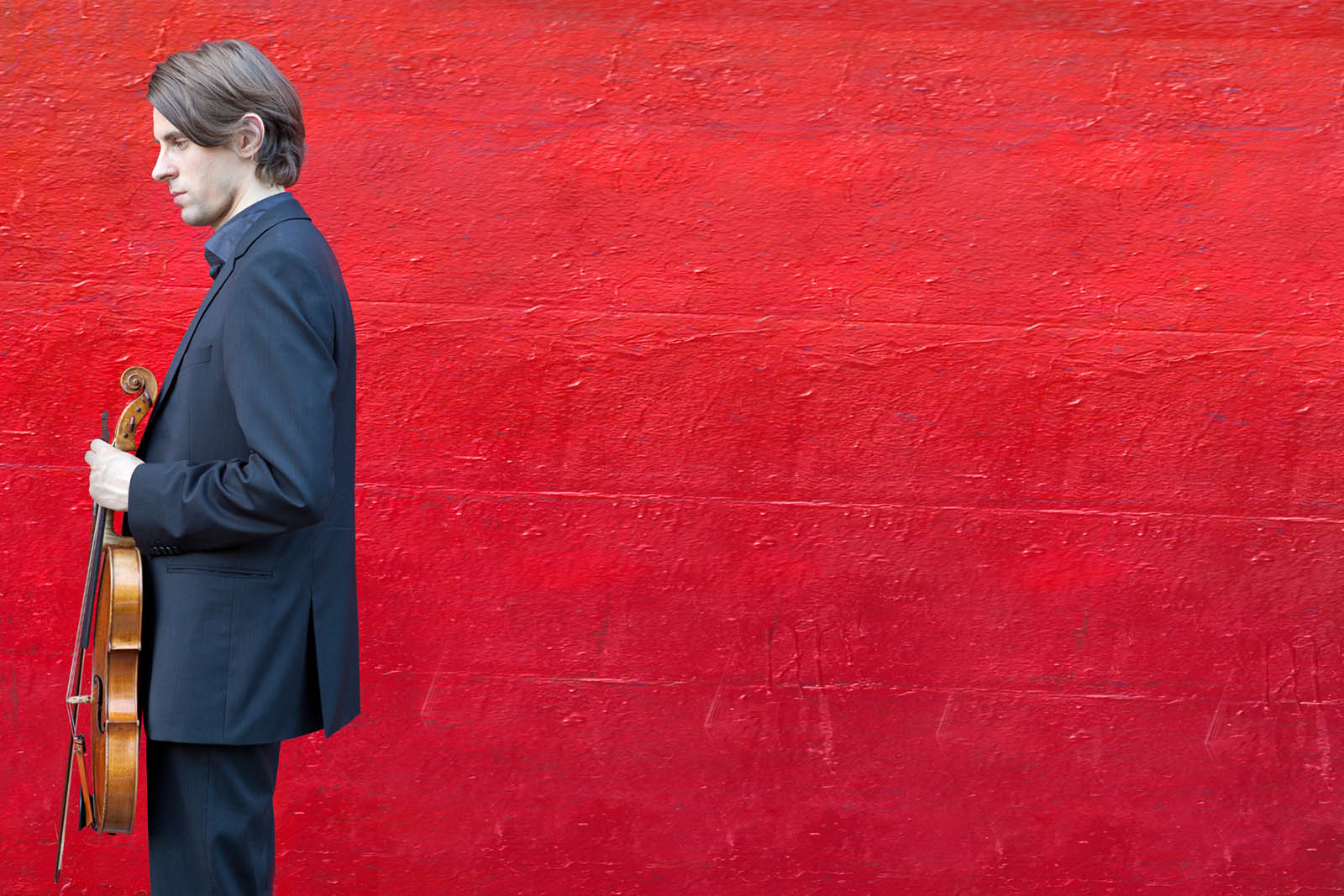 Composers develop special affections for particular instruments. Chopin, best known for his virtuosic piano oeuvre, composed this rare bit of chamber music as an adolescent. Meanwhile, no composer has demonstrated greater love for the viola as a solo instrument than Paul Hindemith. Tonight, Dimitri Murrath interprets Hindemith’s first of many sonatas for the instrument, a romantically inflected work composed at the age of 24. Carl Maria von Weber, himself inspired by the charismatic virtuoso Heinrich Bärmann, favored the clarinet. Jon Manasse performs Weber’s concerto-like Clarinet Quintet, which blends the composer’s operatic style with instrumental brilliance.

When one looks retrospectively at Chopin’s oeuvre, the Piano Trio, Op. 8 stands out: Chopin wrote virtually no other chamber music, except a few works for piano and cello. At age 18, Chopin was still studying piano and composition with Józef Elsner in Warsaw, and it is likely that Elsner had his pupil write the Trio as an assignment. It was, indeed, a challenge for the young composer: Chopin had limited experience writing for string instruments, so the process was long and progress intermittent. By 1829, however, he completed the Rondo, and set the composition aside. A year later, when he organized its first performance for Elsner, Chopin reacted with pleasant surprise: “Perhaps because I haven’t heard it for a while, I was very happy with myself (fortunate man!),” he wrote.

The trio is one of the early works to capture the attention of Robert Schumann, a frequent contributor to the widely circulated Allgemeine Musikalische Zeitung. When the trio was published in 1833, Schumann wrote, “Is it not as noble as possible, more full of enthusiasm than any song ever written by a poet, original in the smallest detail as in the whole, every note music and life?” This review appeared only shortly after Schumann had famously written, “Hats off, gentlemen, a genius!” in reaction to Chopin’s Variations on “Là ci darem la mano”, Op. 2 – an auspicious beginning to Chopin’s broader reception across Europe.

Chopin dedicated the work to the Prince Antoni Radziwiłł, a cellist who mitigated his ill-fated political legacy with generous patronage in the arts. He had invited Chopin for a visit to his hunting estate south of Poznań, which Chopin remembered fondly. Upon receiving the dedication, Radziwiłł hoped to perform it together with Chopin, but passed away before this was arranged.

The sonatas of Op. 11 were Hindemith’s initial compositions following his conscription and service in the German army during WWI, a trauma which, as he wrote in his diary, he survived “only by good luck.” Although much of Hindemith’s service was spent in non-combat roles, playing in the military band and the colonel’s string quartet, he was eventually sent to the frontlines as a sentry. The miserable experience left its mark on Hindemith; as a musician, his description of the cacophony of war is especially evocative: “All day long one’s ears are ringing with the sound of eternal gunfire… Everything gets shot at here, nowhere can one live for 2 or 3 days in the blissful knowledge of not hearing this beastly noise.”

Prior to the war, Hindemith had begun a successful career as a violinist: he began playing in the Frankfurt Opera Orchestra in 1914, and became its leader in 1917. But in 1919, Hindemith sharply shifted his focus, ceasing to perform on the violin in favor of the viola, the instrument with which he is most closely identified today. In this sonata, his first for the viola, he retains a mainly Romantic and tonal style – although not without some idiosyncratic touches, such as the overflowing theme and variations movement which intersperses itself into the Finale, and the unusual key signature of the fourth variation (F#-G#). After Op. 11 No. 4, he composed an additional six sonatas for the instrument, plus a handful of works for viola and orchestra. His viola writing, while highly demanding, is always idiomatic and comfortable, a testament to Hindemith’s formidable facility with the instrument.

The invention of the clarinet is usually credited to Nuremberg instrument maker Joseph Christoph Denner. He had been trying to improve upon a Baroque instrument called the chalumeau, whose principal shortcoming was its low, limited range, which would fall out of tune in higher registers. This rudimentary flaw posed a difficult acoustical quandary at the time, given the state of scientific understanding of sound, and it was not until the turn of the eighteenth century that Denner succeeded in contriving a solution. After a few decades of refinement, the new instrument, with its bright clarion tone and several-octave range, had rendered the chalumeau all but obsolete, and by the end of the century, the clarinet was beginning to be embraced by German bands and orchestras.

The new instrument received the best possible publicity in the form of Heinrich Bärmann. Bärmann, having been the pupil of one of the first orchestral clarinetists, became a virtuosic soloist and celebrity performer in his own right, based at the Court in Munich. Meanwhile, Weber was itinerant in Germany, having been banished from his home in Württenburg for debt and embezzlement. Eventually, in 1811, he landed in Munich, where he heard Bärmann and was thoroughly impressed. He composed two concertos for him immediately, as well as the Clarinet Quintet, which, like the concertos, was designed as a showcase for Bärmann and the modern instrument.

These compositions would prove a significant turning point in the Weber’s life. The extraordinary reception of these new pieces inspired Bärmann and Weber to engage in a joint tour across Europe, and the success from this tour launched the remainder of Weber’s musical career, which would lead him to important appointments in Prague, Berlin, and Dresden.