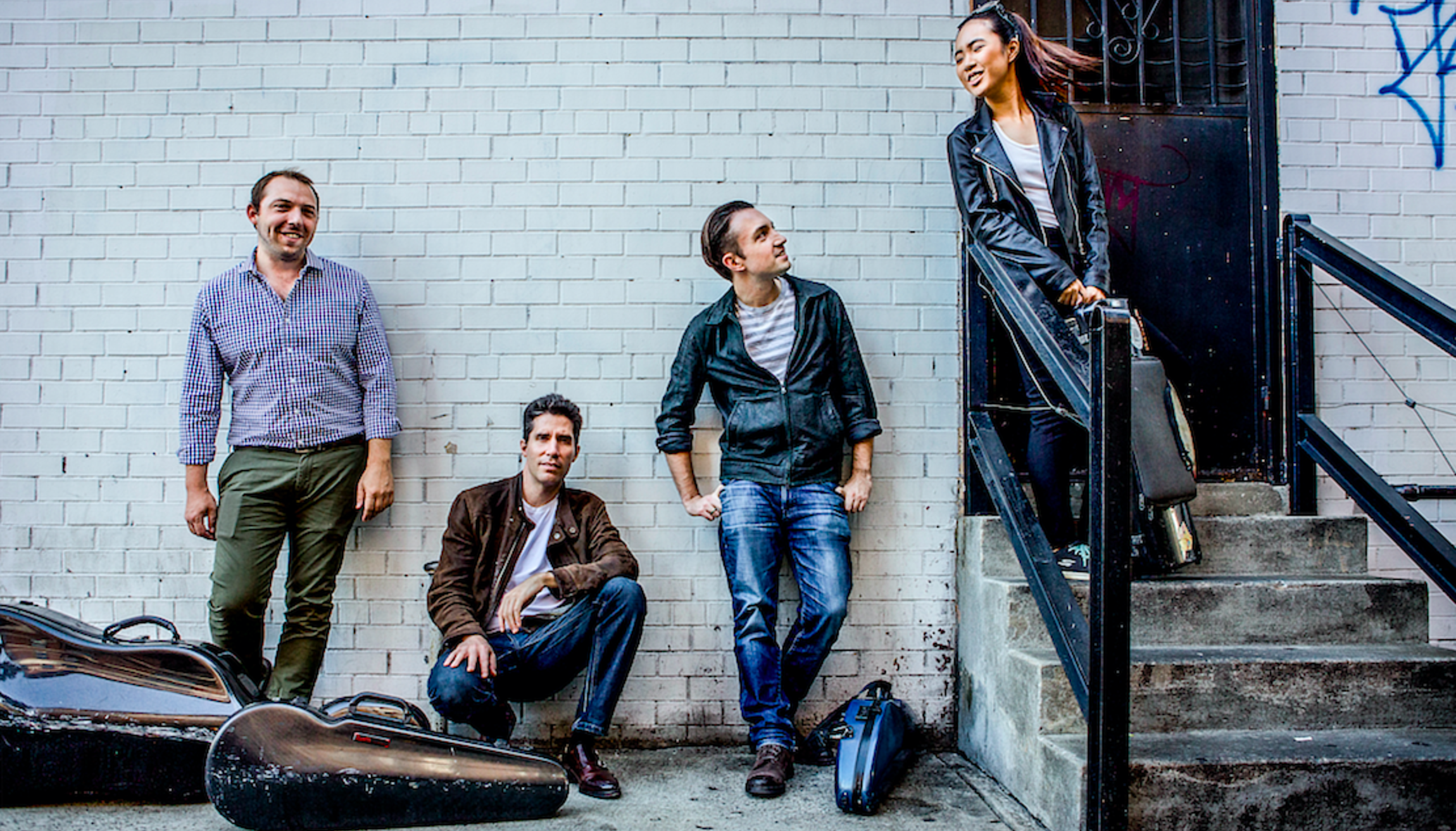 The summer opens with the Escher String Quartet’s Festival début. They begin with the only complete movement of Schubert’s mysteriously unfinished twelfth string quartet before exploring the early work of Arnold Schoenberg. Composed over a decade before the composer’s experiments with twelve tones, Schoenberg’s first Quartet features a densely woven motivic texture, stretching the limits of ‘D Minor’ and tonal expression. For the second half, the quartet joins forces with Alan Chow for Dvořák’s glorious Piano Quintet, setting the stage for several more programs featuring Dvořák’s music this season.

Biographers tend to classify Schubert’s Quartettsatz as the first among the composer’s ‘late’ (or ‘mature’) chamber music works – but ‘lateness’ is relative, and Schubert was not quite 24 years old when he embarked on this composition. It is clear, in any case, that this movement is a far cry from the quartets of Schubert’s adolescence, many of which were composed for performance with his father and siblings. The far greater technical demands of the Quartettsatz, in contrast, lean toward the chamber music of final years, including the famed “Rosamunde” and “Death and the Maiden” quartets.

It seems clear that Schubert had initially set out to compose an entire quartet, not a standalone movement. The best evidence for this was discovered by Johannes Brahms, who was not only an early and enthusiastic devotee of Schubert’s work, but who also undertook the first critical edition of Schubert’s complete œuvre. Brahms obtained the Quartettsatz manuscript and saw to its publication in 1870, half a century after it was composed; in that manuscript, he also found forty-one measures of an abandoned Andante movement, following on from the completed Allegro. Composers and scholars like Brian Newbould and Livingston Gearhart have attempted speculative completions of this tantalizing musical fragment.

It is difficult to contemplate the Quartettsatz without thinking of Beethoven, whose specter must have weighed on Schubert’s mind as he undertook to compose for a genre (and in a key signature) upon which Beethoven had, even by 1820, made his lasting mark. The tremulous gesture which opens – and closes – the movement establishes a feverish frame, weaving into, and back out of, sunnier secondary and closing themes and providing the movement a haunting symmetry without closure.

The string quartet genre presented an imposing challenge to young Schoenberg; later in life, the composer reflected that “the four string quartets I have published had at least five or six predecessors”. Coming of age in the Vienna of Mahler and Strauss, Schoenberg had more readily penned symphonic tone poems, such as his “Pelléas and Méslisande”, Op. 4, and “Transfigured Night”, Op. 5; the greater challenge was to reconcile the more “progressive” compositional procedures of these two elder figures – who inspired Schoenberg and no shortage of controversy – with the rich string quartet inheritance he imbibed (“Mozart, Brahms, Beethoven, and Dvořák were my models at the time”, he wrote).

With the String Quartet, Schoenberg sought to sustain longer forms and experiment with techniques of development independent of programmatic, or narrative, content. Although it would be another fifteen years until Schoenberg began to compose using his twelve-tone technique, Schoenberg’s obsessive concern for construction and attention to unity are solidly in place in this early work. One continuous movement contains four interwoven sections, connected thematically such that the final section, in Rondo form, is largely composed of earlier thematic material reworked.

The resulting quartet of unprecedented density confounded many audiences and critics; Schoenberg later recalled Mahler’s astonishment upon laying eyes on the work: “I have conducted the most difficult scores of Wagner; I have written complicated music myself in scores of up to thirty staves and more; yet here is a score of not more than four staves, and I am unable to read them.” The Quartet remained the longest work Schoenberg would ever compose – and though it has no explicit program, scholars have found that Schoenberg in fact devised a detailed narrative in his sketchbooks as he composed the work, which he kept forever private.

Robert Schumann’s Piano Quintet (1844) was not the first work to combine the string quartet with the keyboard; but without a doubt, it was Schumann’s Quintet that catalysed interest in the relatively new genre, and set the scene for future forays, including those of Brahms (1865) and Dvořák. Dvořák had in fact attempted a Piano Quintet in the same key years earlier (1872) – his first composition ever to be performed. But it was Dvořák’s second attempt at the form, composed at the peak of his fame, which came to be considered among his, and the genre’s, greatest masterpieces.

Dvořák structures the outer movements in expansive sonata forms, while the inner movements are modeled on Slavic dances – specifically the dumka and the furiant. The use of these forms played a significant part in Dvořák’s general approach to composition: the folklorist aesthetic resonated with nineteenth-century nationalist and regionalist political movements, and Dvořák saw the use of popular musical traditions as a source of musical rejuvenation: “the music of the people is like a rare and lovely flower growing amidst encroaching weeds,” he wrote; “it will command attention and creep into the books of composers.”

Here, Dvořák draws upon the dumka, a folk ballad of Ukrainian origin, as the basis for the lyrical second movement, opening with a contrapuntal subject for piano and viola. For the third movement, he builds a scherzo on the bounding rhythm of the furiant, a dance from his native Bohemia. These forms – the dumka in particular – proved especially inspiring to Dvořák over the course of his career; in addition to the famous ‘Dumky’ Trio, Op. 90, he had also composed dumky for his Sextet, Op. 48 (which will be performed on July 18), and for his Violin Concerto, Op. 53 (which will be performed on August 3).