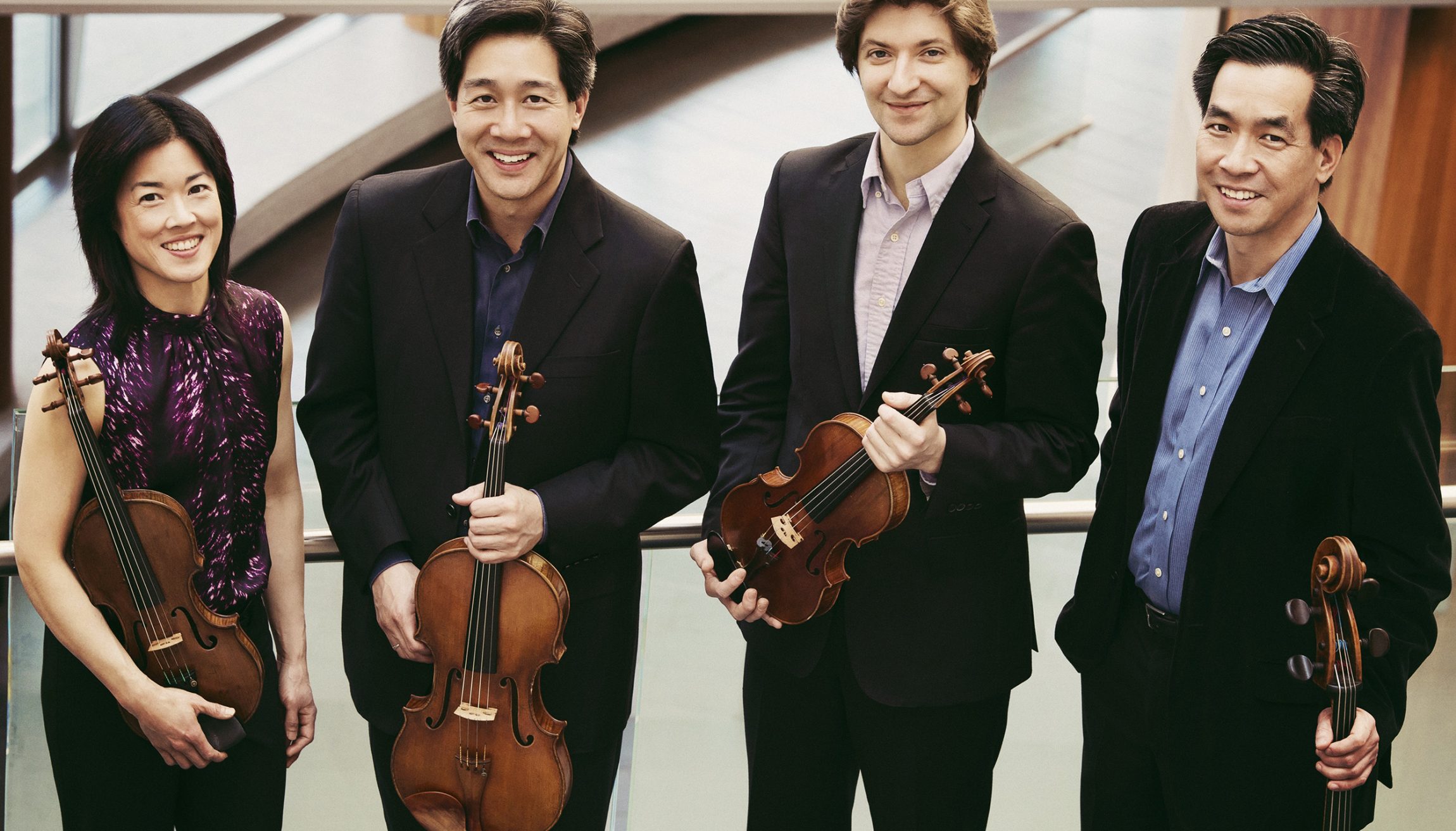 The Ying Quartet opens the Festival season with a brilliantly-crafted program showcasing the diversity of Russian music, from Prokofiev’s folk-inflected String Quartet No. 2, composed at the outbreak of World War II, to “Souvenir de Florence,” Tchaikovsky’s musical postcard from his favorite vacation spot – with Stravinsky’s early neo-Classical gem along the way. Although composed within a range of fifty-two years, these works seem worlds apart, alluding to the immense historical and artistic upheavals that characterized the early twentieth century.

In 1941, Nazi Germany launched Operation Barbarossa, instigating a massive attack on Soviet-occupied Poland, shocking the Soviets and rupturing the non-aggression pact which had been in force since 1939. Amid persistent Nazi bombardments, the Soviet government made concerted efforts to protect its culture industry from harm. Musicians, writers, and artists of all sorts were loaded on trains, along with costumes, instruments, books, paints, and other artistic implements, and brought to remote havens in Central Asia and the Caucasus.

Prokofiev, among the most prominent of the musical evacuees, was dispatched to Nalchik, regional capital of the Kabardino-Balkar state, nearly a thousand miles south of Moscow near the Georgian border. Upon the composer’s arrival, the Kabardian minister of culture suggested that Prokofiev might profit from his displacement by taking inspiration from the rich musical traditions of the Kabardian people. Drawing on folksong was nothing new in Russian music; composers stretching back generations to Rimsky-Korsakov and Balakirev had been collecting tunes and integrating musical idioms from Russia’s diverse regional communities into their compositional languages, forming the basis of a nationalized style.

The Kabardian minister, however, felt that the songs of his region were as yet ‘untapped’; Prokofiev shared his opinion. For him, the music felt ‘fresh’, and he wove snippets throughout each movement of the Quartet; and in the second movement, Prokofiev even endeavors to imitate the sound of the kemençe, a bowed string instrument popular in Black Sea regions, in the first violin part.

Written in 1920, the same year as his ballet Pulcinella, the concise Concertino reflects the emerging inclination toward neo-Classicism that characterizes Stravinsky’s music of the 1920s and 30s. The nod toward Classicism is principally in its structure: Stravinsky described the piece as a ‘free Sonata Allegro’ form, and recalled the Baroque ‘concertante’ style to describe the soloistic first violin part. These details are contrasted, however, against biting harmonies, sharp attacks, and shifting meters.

Stravinsky composed the Concertino over a summer spent between the town of Carantec on the coast of Brittany, and the Parisian suburb of Garches. It had been commissioned by the Flonzaley Quartet, an ensemble more renowned for their interpretations of canonic favorites than for contemporary premieres. According to Stravinsky’s early biographer Alfredo Casella, “its performance by the Flonzaley Quartet showed an almost complete lack of artistic understanding and resulted in a clamorous failure.” Perhaps this inauspicious premiere contributed to Stravinsky’s decision to rearrange the work in 1952 for twelve instruments, the version in which it is more frequently known today. Nevertheless, the original instrumentation for string quartet preserves an intense level of excitement, thanks to the density of the texture, with its tight construction and superimposed chordal writing.

Tchaikovsky had the notion to compose a string sextet as early as 1887. The previous year, he had been presented honorary membership in the St. Petersburg Chamber Music Society, and he promised his friends in the organization a new chamber composition in gratitude. But in 1890, when Tchaikovsky began composing the music in earnest, it did not come easily to him. He struggled with the texture of the string sextet. He wrote to his friend Aleksandr Ziloti of how it was “terribly difficult working in this new form; it seems that rather than writing for six voices, I am, in essence, composing for the orchestra, and only then arranging it for six string instruments.” Indeed, Tchaikovsky had just been laboring over The Queen of Spades and The Nutcracker, and may have struggled converting the momentum from these large-scale projects to the more intimate chamber music setting.

Tchaikovsky’s breakthrough on the Sextet came following a stint in Florence, a favorite vacation spot of his. When there, he stayed at a villa owned by his most faithful benefactress, Nadezhda von Meck – an interesting and by all accounts extraordinary woman, whom Tchaikovsky considered his “best friend”, despite their mutual agreement to never meet face to face. If Tchaikovsky found inspiration and respite in Florence, however, he set down the composition upon his return to Russia, infusing the later movements with distinctly Russian themes; in the end, the composition’s wistfully programmatic title refers more to Tchaikovsky’s nostalgia for the city than to any musical evocation of Italy.

After initial anxieties following the Sextet’s unsatisfying premiere, Tchaikovsky undertook significant revisions, and rewrote large sections of the third and fourth movements. When the Sextet was reintroduced, Tchaikovsky was giddy with pride: “What a sextet!” he wrote to his brother, Modest, “and what a fugue at the end – it’s a pleasure! It is awful how pleased I am with myself.”