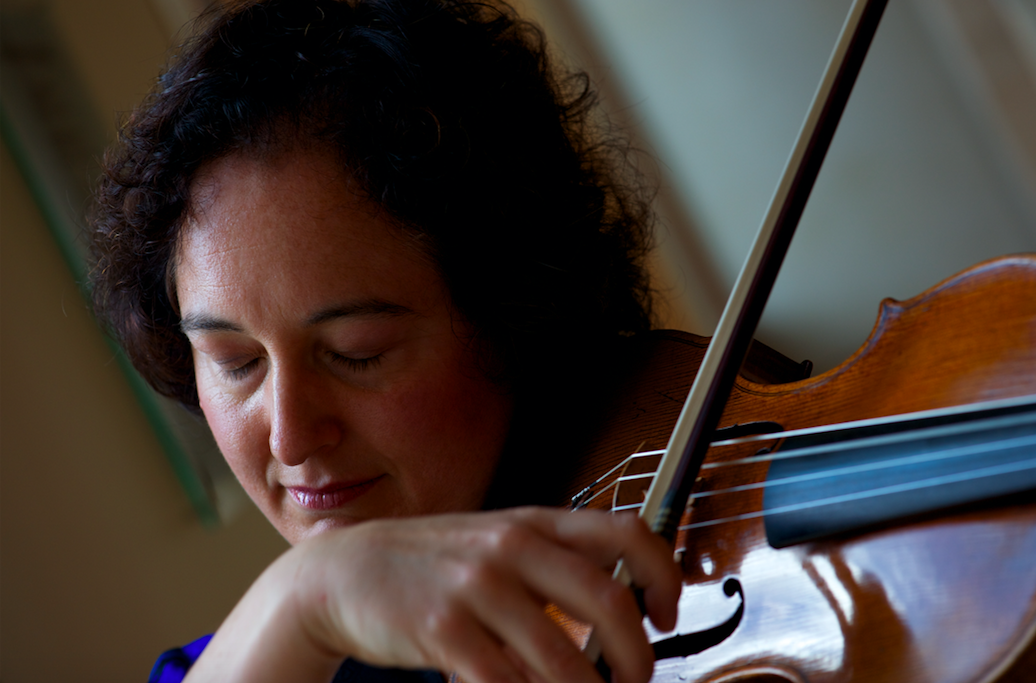 Amid favorites from Brahms and Beethoven, this evening’s concert also features the work of Leo Smit, the Amsterdam-born composer whose musical language matured in the Parisian milieu of Stravinsky and Milhaud. His Quintet was one of several pieces composed for Dutch virtuoso harpist Rosa Spier before both were captured by the Nazis during World War II. Spier was eventually released from Theresienstadt; Smit was murdered at Sobibór at the age of 43.

Brahms spent the summer of 1886 on holiday in Hofstetten, an idyllic Swiss town on the banks of Lake Thun. He settled into what he described as “the loveliest apartment I’ve ever had”, and drew creative stimulation from both the natural features (such as the nearby forest) and the manmade luxuries (namely the town’s numerous Biergartens). In that joyful summer alone, he composed his second Cello Sonata, Op. 99; his second Violin Sonata, Op. 100; and his third Piano Trio, Op. 101 (which will be performed on Friday, June 29).

While composing the sonata, Brahms was anticipating a visit from Hermine Spies, the famous alto with whom he had grown smitten since meeting her in the late 1870s. He was sketching several Lieder, which she would sing with him upon her arrival to Hofstetten in September, and which Brahms would eventually dedicate to her as Fünf Lieder, Op. 105. Naturally, musical materials flowed between the sonata and the songs: the second theme of the opening movement shares its melody with “Wie Melodien” (“Like Melodies”), a setting of a poem by Brahms’s good friend Klaus Groth (printed below); and in the Finale, Brahms quotes short passages from two more of the Op. 105 songs: “Immer leiser wird mein Schlummer” (“My slumber becomes lighter”) and “Auf dem Kirchhofe” (“In the churchyard”).

Yet when words come and capture them
And bring them before my eyes,
They turn pale like grey mist
And vanish like a breath.

Yet surely in rhyme
A fragrance lies hidden,
Summoned by moist eyes
From the silent seed.

Leo Smit began his musical life auspiciously, growing up in Amsterdam in a well-off Jewish family of Portuguese descent. Following early studies in piano and composition, he enrolled at the Amsterdam Conservatory in 1919, and in 1923 he became the first composition student from that institution to graduate “cum laude”. Like many young Dutch musicians, he was seduced by the Parisian scene; in 1927 he moved to the French capital, where he met Darius Milhaud and soaked up the neoclassical aesthetic of the composers who came to be known as “Les Six” – clear formal contours, spirited melodies, and an embrace of tonality with fleeting touches of jazz-inflected harmony.

It was a year after moving to Paris that he composed this Quintet for flute, string trio, and harp. The eclectic instrumentation, combining strings, winds, and harp, had precedents in Ravel’s Introduction and Allegro (1905), Debussy’s Sonata for flute, viola, and harp (1915), and Albert Roussel’s Sérénade (1925), each of which Smit surely knew. But Smit also composed with a specific harpist in mind: the Dutch virtuoso and composer, Rosa Spier. Smit had known Spier as a child, when the harpist had given lessons to Smit’s younger sister, Nora. During the 1920s, Smit began collaborating with Spier, learning the instrument’s technique, and ensuring that his harp writing was idiomatic. In 1933, Spier would eventually premiere Smit’s Concertino for Harp and Orchestra.

Smit returned to Amsterdam in 1937, and continued composing and teaching there. In May 1940, following the German invasion of the Netherlands and the bombing of Rotterdam, the Dutch surrendered and the country was occupied by the Germans, who began the systematic persecution and deportation of the Jewish population. In April 1943, Smit, along with his wife, were captured in Amsterdam; they were sent to the Sobibór Extermination Camp where they were murdered three days later. Spier, also Jewish, survived the war; she was deported to Theresienstadt in 1944, and released to Switzerland for ransom in 1945. She returned to the Netherlands and established an artists’ retirement community which remains active today.

Beethoven undertook work on this piano trio during the summer of 1808, on retreat in the Viennese suburban village of Heiligenstadt. He had just completed his Symphony No. 6 (the “Pastorale”), and proposed to send his publisher a bundle of works, including the fifth and sixth symphonies, the Mass in C Major, a cello sonata, and two Piano Trios – since, in Beethoven’s words, “there is a lack of them”. It had been twelve years since Beethoven’s previous trios, the set of three which had been his first published works in 1795.

Although 1808 saw the composition of several of Beethoven’s most beloved symphonic and chamber works, it was also a difficult year. Beethoven was struggling to secure stable patronage, his living situation was precarious, and he was considering leaving Vienna. The Countess Marie von Erdődy, who hosted Beethoven at her residence while he completed the Op. 70 trios, endeavored to prevent his departure by arranging for Prince Lobkowitz, Prince Kinsky, and the Archduke Rudolph to jointly assure Beethoven a yearly stipend – upon the contractual condition that he permanently remain in Vienna. It was to the Countess Erdődy that Beethoven dedicated the pair of trios, and it was at her palace that the trios were premiered.

The “Ghost” moniker was attached to the trio following a comment from Beethoven’s eminent pupil, Carl Czerny, who wrote in 1842 that the slow second movement evoked the image of Hamlet’s encounter with the ghost of his father in the opening act of Shakespeare’s play. The movement contains some of the slowest music Beethoven ever composed, with long, sustained melodies supported by increasingly minute subdivisions flickering in the keyboard part, contributing to a stirring sense of unease.