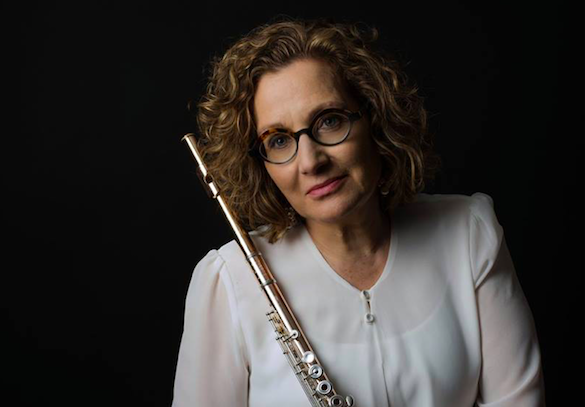 Tonight presents a rare opportunity to hear the recently discovered work of Dick Kattenburg. Tragically murdered at Auschwitz at the age of 24, Kattenburg was scarcely remembered until a decade ago, when his musical legacy, including his vibrant, jazzy Quartet, was discovered in a relative’s attic. Ani Schnarch interprets Schumann’s densely textured Violin Sonata, the first of two completed in 1851. Brahms, in turn, evokes his tormented love for Clara Schumann in his Piano Quartet in C Minor, quoting in the first movement the ‘Clara theme’ from Schumann’s Bunte Blätter.

The promising life of Dick Kattenburg was ended at the age of 24. He was an artistically precocious youth; Kattenburg received violin lessons and began composing as a schoolboy. He received diplomas in violin performance and music theory, and intended to pursue advanced study in Paris, although this never materialized. Being Jewish in Holland during the outbreak of World War II, Kattenburg was subject to discriminatory measures following the German invasion. While he maintained a studio and continued teaching until at least 1941, Kattenburg was eventually forced into hiding when the household raids and mass deportation of Jews began. It was in hiding that he composed a significant portion of his musical output; and much of which was ascribed to various pseudonyms. Nevertheless, his style remained tinged with vibrant optimism, frequently incorporating Jewish melodies of various origins and jazzy idioms. In May 1944, at a cinema in Utrecht, Kattenberg was discovered by the Nazis, deported to Auschwitz, and murdered there in September.

As it happened, many of Kattenburg’s manuscripts were preserved by his sister Daisy, who managed to survive the war; and in the early 2000s, Daisy’s daughter recovered a trove of these manuscripts – including that of the Quartet– from the attic of the family home. Composed in 1939-1940 and revised in 1943, the Quartet features Kattenburg’s typically eclectic collage of styles, frequently jovial in tone. And yet, the manuscript contains the pseudonym ‘KvD’, a chilling reminder of the context surrounding its composition.

Over the later period of his life, Schumann famously struggled with the gradual onset of mental illness, made more acute by his relentless anxieties about his own mental health. His worsening condition in the 1850s has meant that many compositions from that late period have been received skeptically. An early biographer of Schumann’s, August Reissman, described the composer’s late works as “formless and chaotic”, and for over a century after Schumann’s death, musicians and critics have persisted in regarding the complexity and idiosyncrasy of his late style through the prism of his “madness”. However, as recent scholarship, musical and medical, has deepened and nuanced our understanding of mental health, a re-evaluation and embrace of Schumann’s late idiom have been underway.

Although it is his first foray into the form, Schumann’s Violin Sonata in A Major is indeed a relatively late work, and was composed rather fraughtly. At the time, Schumann was employed as conductor at the Musikverein in Düsseldorf, where, despite his renown as a composer, his success at conducting was middling. He composed the Sonata within a week, “right after I was extremely angry with certain people,” as he told his friend, the violinist Wilhelm Joseph von Wasielewski. Specifically, he was upset with the administration at the Musikverein, who had been trying to fire him. Moreover, he guarded his progress on the composition with great secrecy, even refusing to reveal to his wife, Clara, what he was working on.

When she finally did see the completed sonata, she was deeply moved: “I have finally seen Robert’s new sonata and am thoroughly delighted by it,” she wrote, singling out in particular the first movement, which bears a typically Romantic Schumann marking, “with passionate expression.”

The Schumanns re-emerge in Brahms’s Piano Quartet No. 3. Although not completed until 1875, Brahms began sketches as early as 1855. At that time, he was profoundly distraught over his friend Robert – who had fallen gravely ill and was captive in an asylum. He soon became distraught over Clara, too, having fallen deeply in love with her during the time he spent by her and Robert’s side. (Brahms, age 21 at the time, was a slim and handsome youth, a far cry from the famous portraits of him in his portly and bearded older age.) Clara’s main preoccupation, however, was her suffering over Robert’s condition, and Brahms’s affection remained tormentingly unrequited.

Brahms’s emotional state when he began work on the quartet was captured by the sardonic remarks he enclosed, decades later, when sending the manuscript to the publisher: “On the cover you must have a picture, namely a head with a pistol to it. Now you can form some conception of the music! I’ll send you my photograph for the purpose.” Educated German speakers at the time would recognize the grim allusion to Werther, the tragically lovestruck and eventually suicidal protagonist of Goethe’s most famous novel.

Both Robert and Clara Schumann are musically inscribed, as well, into the Quartet’s opening theme. After two interrupted starts, the violin introduces a descending five-note motif (E♭-D-C-B-C). This figure is adapted from Clara Schumann’s piano composition, Variations on a Theme by Robert Schumann, Op. 20, which she performed for Brahms in 1854; that piece, in turn, was based on a theme used in her husband’s Bünte Blatter, Op. 99.