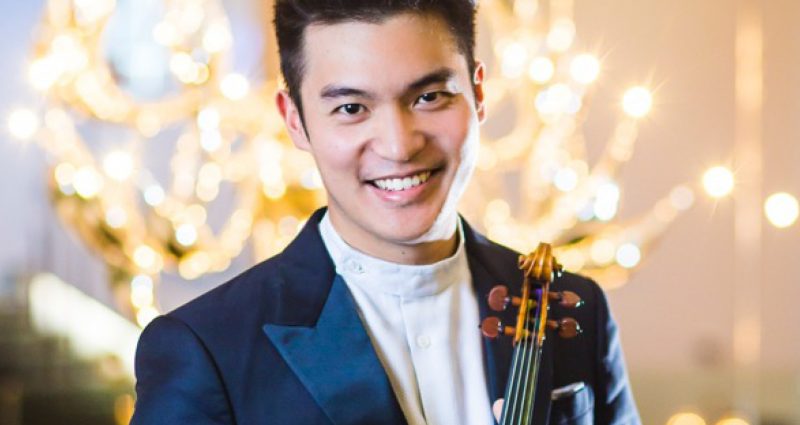 Making the Most of Social Media

ABOUT THE ARTIST
Festival alumnus Ray Chen is a violinist who redefines what it is to be a classical musician in the 21st Century. With a media presence that enhances and inspires the classical audience, reaching out to millions through his unprecedented online following, Ray Chen’s remarkable musicianship transmits to a global audience that is reflected in his engagements with the foremost orchestras and concert halls around the world. Initially coming to attention via the Yehudi Menuhin (2008) and Queen Elizabeth (2009) Competitions, of which he was First Prize winner, he has built a profile in Europe, Asia, and the USA as well as his native Australia both live and on disc. Signed in 2017 to Decca Classics, the summer of 2017 has seen the recording of the first album of this partnership with the London Philharmonic as a succession to his previous three critically acclaimed albums on SONY, the first of which (“Virtuoso”) received an ECHO Klassik Award. Profiled as “one to watch” by the Strad and Gramophone magazines, his profile has grown to encompass his featuring in the Forbes list of 30 most influential Asians under 30, appearing in major online TV series “Mozart in the Jungle”, a multi-year partnership with Giorgio Armani (who designed the cover of his Mozart album with Christoph Eschenbach) and performing at major media events such as France’s Bastille Day (live to 800,000 people), the Nobel Prize Concert in Stockholm (telecast across Europe), and the BBC Proms. Read more.

SIGN UP TO JOIN THE ZOOM WEBINAR
In the webinar format, you will be able to watch, listen, and chat in questions. You will not be able to share your own audio or video.

After signing up, you will receive a confirmation email with the Zoom information. If you don’t see it, please check your spam.