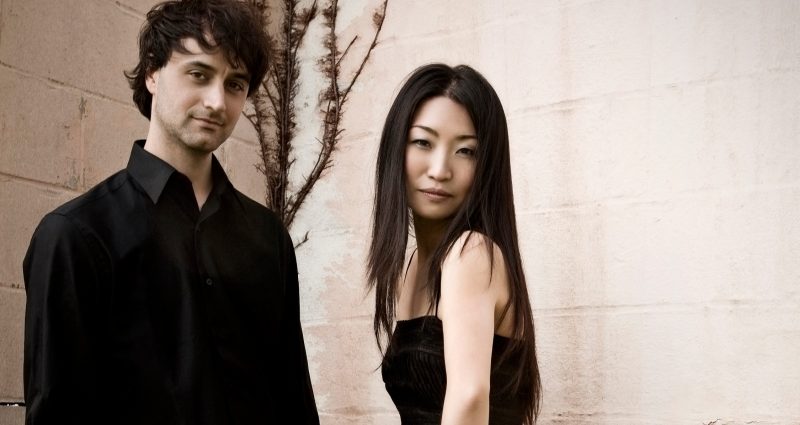 Debussy’s final years were beleaguered by multiple strifes. His physical health was deteriorating: the cancer he had been diagnosed with years earlier was becoming acutely painful. On top of that, the stress of the Great War stifled his artistic will altogether for nearly a year and continued to embitter him thereafter. His national pride (or anti-German belligerence), which had already been mounting prior to the war, swelled further as he exhorted his compatriots to cultivate a “purely French tradition.” Turning his back on what he now considered “overblown orchestras” and “tortuous forms”—Wagner, Beethoven, even the luxuriant sonorities of his own previous work—Debussy now elevated Baroque composer Jean-Philippe Rameau as the paragon of properly “Gallic” clarity, reason, and refinement. He even began printing the pugnacious phrase “musicien français” (“French musician”) next to his surname on published scores.

Debussy managed to renew his creative energies during the summer of 1915 by retreating to the relative calm of the Normandy coast. There he began converting his polemic into action, composing in a pared-back style featuring smaller ensembles, angular forms, and (sometimes playful) engagements with music history, setting the stage for the neoclassicism which would sweep French composition in the 1920s. He composed his piano duet En Blanc et Noir (which mocked Lutheran chorales and quoted La Marseillaise) and his set of piano Études paying hommage to Chopin. Most significantly, he planned a series of six “Sonatas for various instruments” and completed the first two—first, for cello and piano; and second, for flute, viola and harp. By the end of 1915, however, Debussy was once again beset by ill health, and underwent an excruciating surgery that left him significantly weakened.

Debussy was at last able to return to his Sonatas project in 1917, when he completed his third, for Violin and Piano—a work which, as he remarked laconically, was “interesting from a documentary point of view, as an example of what may be produced by a sick man in wartime.” Nevertheless, the Sonata brims with luminosity and humor, seeming to belie the arduous circumstances of its composition. Debussy would die before completing the remaining three Sonatas—including one intended for the remarkable ensemble of oboe, horn and harpsichord. In his final public concert, in September 1917, he performed the Sonata alongside violinist Gaston Poulet.

Beyond his myriad gifts to nineteenth-century piano repertoire and techniques, Liszt’s most important legacy as a Romantic and avant-gardist lay perhaps in his reconception of orchestral music by means of what he called “symphonic poems.” Rather than the traditional symphonic model—in which segmented themes, or “subjects,” undergo modest development before returning, or “recapitulating,” in the home key—Liszt envisioned a genre suited to novel techniques in thematic development and metamorphosis, capable of embodying moods, characters, even narrative arcs within a single, self-contained movement. He composed thirteen such “symphonic poems,” mostly over the 1840s–50s, drawing upon literary inspirations ranging from Shakespeare (Hamlet) to Victor Hugo (Mazeppa) to Lord Byron (Tasso).

Les Préludes is perhaps the best known of Liszt’s “symphonic poems”—although its literary inspiration is somewhat cloudy. At first glance, the question appears straightforward: Liszt gave the work the full title, “Les Préludes (d’après Lamartine),” as if to suggest that the work was inspired by Alphonse de Lamartine’s 1823 poem of the same title. Yet scholarly investigation has revealed that Liszt originally composed Les Préludes as an overture in view of another work—Les Quatres Élémens, a choral cycle based on a libretto by the relatively forgotten Marseille poet, Joseph Autran, with little to do with the themes of Lamartine’s work. Although Liszt ultimately withdrew the overture from the Autran cycle, he did not change the music before recasting it as a symphonic setting of Lamartine’s poem—a sleight of hand which (some have argued) undermines the premise of the “symphonic poem” as a musical incarnation of literature.

Perhaps the best we may do is defer to the evocative question posed by Liszt’s companion, the Princess Carolyne von Sayn-Wittgenstein, and selected by Liszt for his own program notes to accompany Les Préludes: “What else is our life but a series of preludes to that unknown Hymn, the first and solemn note of which is intoned by Death?”

Australian-born, German-trained, American-naturalized composer Percy Grainger (1882–1961) may indeed have been channeling Liszt in his vast output of piano arrangements and “paraphrases.” As a touring virtuoso, Liszt composed hundreds of piano transcriptions of beloved musical numbers, ranging from Lieder by Schubert and Schumann (Robert and Clara), to crowd-pleasing Mozart arias, to climactic excerpts of Wagner operas, and even to anonymous folksongs.

Grainger, himself a concert pianist, sustained the virtuoso-arranger tradition into the twentieth century. Though he displayed a particular predilection for folk songs (American, British, and Nordic), he was, like Liszt, omnivorous. And (also like Liszt) he did not content himself with note-for-note transcriptions: rather, he took ownership of his chosen tunes to highlight his own pianistic style and intensify his expressive interpretation of a given source. This liberalism is reflected in Grainger’s phraseology: he titled an early anthology of arrangements, “Free Settings of Favourite Melodies,” a collection featuring adaptations of songs by Brahms and Handel as well as a “Ramble” on the love duet from Richard Strauss’s Rosenkavalier.

Before settling on the term “Fantasy” for his reimagining of Gershwin’s “folk opera,” Grainger referred to his “Pot-pourri” of Porgy and Bess. While “pot-pourri” may have risked the impression of frivolity, the term is nonetheless apt; for rather than adapting a single aria or excerpt, Grainger created a microcosm of the entire spectacle, including arias, instrumental numbers, and sung dialogues. This ambitious synthesis scored for two pianos represents a fitting culmination of by now several decades of “free settings.” It was premiered in 1951 by Grainger and Norman Grayson at Town Hall in New York City—sixteen years after the premiere of Porgy, and just nine blocks south.