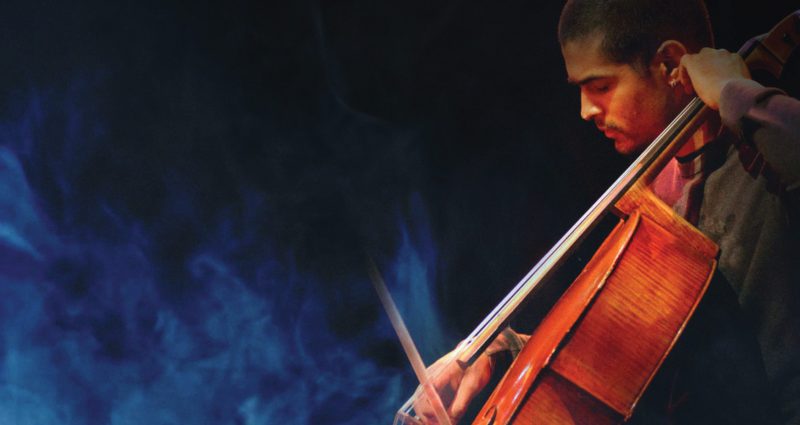 Walloon-born César Franck was a late-blooming composer, having first made his name as a piano prodigy and virtuosic improviser, then as titular organist at the Parisian basilica of Sainte Clotilde, and finally as a renowned pedagogue at the Paris Conservatoire. The Sonata for Violin and Piano, which Franck composed at the age of 63, forms—along with the Piano Quintet, the String Quartet, the Symphony in D, and the symphonic poem Psyché—a compositional outpouring that occupied the final dozen years of his life. This string of works is notable for combining a feverish emotive intensity with progressive approaches to form and development.

In the Sonata for Violin and Piano, Franck’s predilection for harmonic complexity is on full display; the satisfaction is less that of a scenic detour, and more that of working out a challenging puzzle, forging a path through a chromatic labyrinth while generating energy from the frictions caused along the way. His unceasing, sometimes tortuous modulations give the impression of a music always in transition, its trajectory often unpredictable, thereby accruing a frankly erotic harmonic tension in a manner reminiscent of Wagner’s Tristan und Isolde—which made a profound impression on him when he heard it in 1874. Amid such wilderness, it becomes all the more important to cling to the melodic themes, which are introduced in one movement and recycled in subsequent movements. Franck learned this strategy from Liszt but made it fully his own, inspiring subsequent generations of composers (including Ravel and d’Indy) to experiment with such so-called “cyclical” themes in their own compositions. The opening melodic contour of the first movement, for example, returns with poignance in the opening of the Recitativo (and again, even more exquisitely, toward the end of the movement), while the dramatic theme of the Moderato section returns for a climactic restatement in the Finale.

The Sonata is also noteworthy for its exceptional difficulty for violinist and pianist alike. Franck, who was perfectly up to the pianistic challenges himself, presented the work as a wedding present to Belgian virtuoso violinist Eugène Ysaÿe, then age 28, who performed it at the ceremony, having learnt it that very morning. Since then, the Sonata has lived additional afterlives in the form of arrangements for cello (most famously), viola, and even flute.

The family life of Archduke Rudolph, this trio’s dedicatee, offers a glimpse into the sprawling web of Europe’s ruling class, the likes of whom Beethoven relied upon for patronage throughout his career. Rudolph was born in Florence in 1788, the youngest son of Leopold, Grand Duke of Tuscany, and Maria Luisa of Spain. In 1790, Leopold acceeded to the throne as Holy Roman Emperor, relocating to its seat in Vienna. It was a fraught time to hold such power, not least because of the revolutionary agitations in France which imperiled the life of his sister, Marie Antoinette, and threatened to reverberate across Europe.

When Leopold died in 1792, his eldest son, Franz, succeeded him, and young Rudolph followed him to Vienna. Yet while Franz absorbed the myriad military and political pressures of his position—fending off Napoleon on the battlefront only to swallow an extraordinary personal humiliation when his daughter married Napoleon in 1810—his younger brother Rudolph enjoyed a life of aristocratic leisure. Taking advantage of the accoutrements of palace life, he showed a particular penchant for music, taking lessons first from the court composer, Anton Teyber, before studying privately with Beethoven during his adolescence. Beethoven, meanwhile, demonstrated his respect to his well-placed student by dedicating several of his most monumental compositions to the Archduke—including the “Hammerklavier” Sonata, the “Emperor” Concerto, and the Missa Solemnis—dedications which were politically savvy, to be sure, but which also reflected the genuine and enduring affection and gratitude Beethoven felt toward his pupil. By the time Beethoven composed the “Archduke” Trio in 1811, Rudolph, along with two other of Beethoven’s princely patrons, had made their pact to support Beethoven financially as long as he remained in Vienna.

The “Archduke” would be Beethoven’s final trio, and his most grand, exemplifying the composer’s particular ability to traverse vast expressive expanses and subvert expectations. But these qualities are overshadowed by the trio’s prevailing sense of stately stability (wishfully, perhaps, given the political realities)—whether in the warm and consonant dignity of the piano’s opening subject, or in the hymn-like reverence of the third movement’s theme and variations.