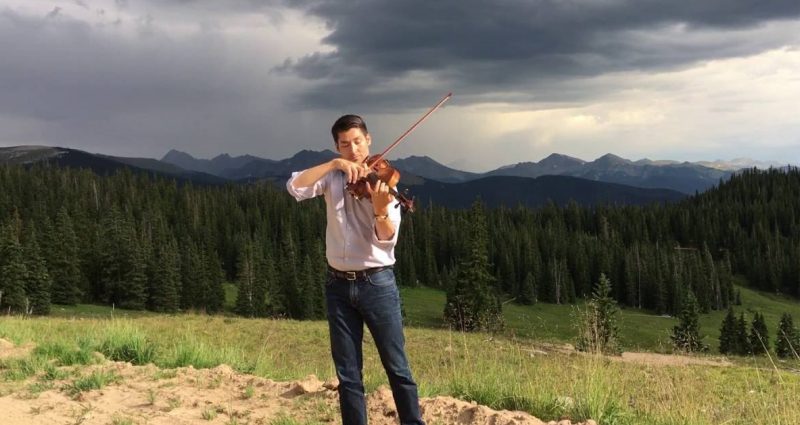 JOHN MUSTO (b. 1954)
Sonata for Violoncello and Piano

John Musto has provided the following note to accompany his Sonata for Violoncello and Piano:

The Sonata for Violoncello and Piano is the result of a promise I made to Bulgarian cellist Emilia Baranowska (the dedicatee) with whom I played concerts about 35 years ago. All I can say is that life intervened. When she recently asked about other works to pair with it on recital programs, I suggested the Chopin sonata, which I’ve played several times and had in my ear as I wrote this piece.

The sonata is cast in three movements, Allegro, Intermezzo (Moderato) and Ritmo de Chorinho. The first movement, although peppered with spiky rhythms and bluesy counterpoint, I like to think of as quite lyrical. There is plenty of opportunity for both instruments to sing. The initial statement by the piano serves as a structural guidepost – first mysterious, then dramatic as the cello introduces a development section, and finally a coda as the cello whispers menacingly below.

The name of the Brazilian choro (lament) or chorinho belies its nature: it is actually a lively dance in 2/4 time. I got the idea from a set of pieces, Three Characteristic Studies, that I was playing by jazz pianist Fred Hersch. It ends with a chorinho, a study in thirds and sixths. The movement is cast as a rondo with a dash of contrapuntal hijinks. In the coda, the cello recalls the initial statement of the first movement, this time, triumphantly.

There is a tradition, almost as old as the work itself, of comparing Brahms’ second piano quartet to the late chamber music of Franz Schubert, on account of the broad dimensions of the work’s extended form and the patient unfurling of its developmental explorations. The comparison is historically apt: though Schubert had died five years before Brahms’ birth, his instrumental music in particular was undergoing a period of rediscovery in the mid-1850s, nourished in part by Brahms’ close friends, the Schumanns. It was Robert and Clara’s admiration for Schubert that first drove Brahms to study the composer’s works intensely during a period of doubt, reflection, and experimentation that yielded, by the end of the decade, what musicologist James Webster has called Brahms’ “first maturity.”

The Schubertian imprint already may be located in the formal expansiveness of Brahms’ first piano quartet (in G minor)—completed immediately before the second—except that the Schubert-like lyricism foregrounded in the second quartet is (like the second quartet as a whole) often overshadowed by the vigor and imposing force of its older sibling. The two quartets also share Brahms’ first nods to romungro (so-called Hungarian “Gypsy”) music in their final movements: but while the first quartet’s unbridled Finale is explicitly marked “Alla Zingarese” (literally, “in the Gypsy style”), the Allegro that concludes the second quartet balances spirited syncopations with moments of tender suspension and almost courtly grace.

When Brahms completed the two quartets in 1861, he was not yet thirty years old, and had yet to relocate to Schubert’s city, Vienna. It was in his native Hamburg that the first of the quartets was premiered, with Clara on the piano. But with her encouragement (and a letter of introduction bearing her signature), Brahms departed for Vienna in autumn of the following year. It was there that his second quartet received its first performance—now with the composer at the keyboard—and where Brahms would unleash an outpouring of chamber music over the following few years, including his piano quintet, the second string sextet, and the horn trio.