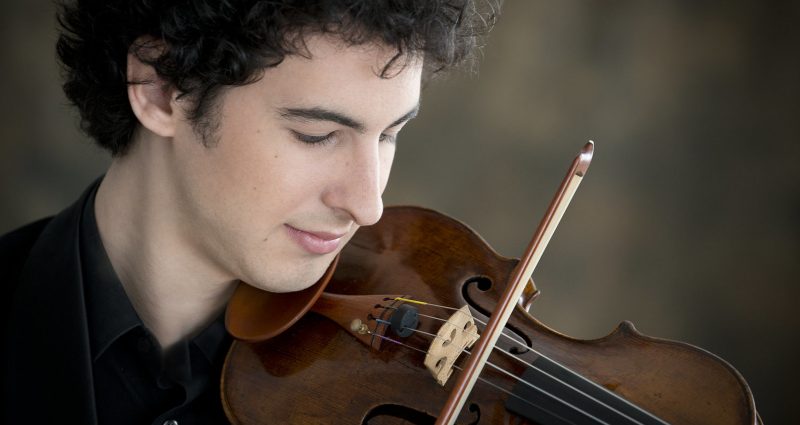 Mississippi-born, Arkansas-raised composer William Grant Still began his musical life in adolescence as a largely self-taught multi-instrumentalist. Though he initiated a sciences degree at the historically Black Wilberforce University (Ohio), his focus was elsewhere—he spent much of his time conducting the college band, harboring a keen desire to become an opera composer. He left college early and secured a job arranging music for the great blues bandleader W. C. Handy. He also began taking formal music instruction at Oberlin College and, later, the New England Conservatory.

After a brief deployment in World War I, Still settled in New York, where he earned a living through his arrangements—not only for Handy but also for a wide range of theater and radio orchestras and touring bands—and sought private lessons with French composer Edgard Varèse. While Varèse introduced Still to avant-gardist currents not taught in conservatory, ultramodernism left Still unsatisfied and sharpened his desire to hone a distinctly Black compositional voice. These efforts, tapping especially into the world of blues, nourished such works as his Afro-American Symphony(1930), the first symphony by an African American composer to be premiered by a major American orchestra—only one of several color barriers Still would break in the highly segregated music industry. He broke another (and realized a lifelong dream) the following decade, when his opera dramatizing an episode from the Haitian Revolution, Troubled Island, was premiered in 1949 by the New York City Opera.

Lyric Quartette was likely composed at some point between 1939 and 1945. Little is known about the work, for reasons explained by the composer’s daughter, Judith Still:

The ‘Lyric String Quartette’ was written at the request of Joachim Chassman, for his string quartet [the Hollywood String Quartet]. However, when the group tried it out, my father said there was something wrong with it, and he threw it in the wastebasket. My mother took it out and saved it, and I published it after fixing a mistake in the viola part. It was an immediate hit when played, and audiences gave ovations to the ‘Quiet One’ movement. Everyone wanted to know who among our friends was ‘The Quiet One,’ but I have no idea… [It] may have been about my mother, a fine, quiet, but powerful lady, who had tremendous talent on her own.

Derek Bermel has written the following about Passing Through:

I spent the summer of 2007 at the Copland House, working on a short movement for the Guarneri Quartet. It was a unique opportunity to contemplate the contributions of these legendary artists who transformed concert music in America. I began thinking about what it means to live a life in music, to become part of its history, a permanent fixture in the firmament by whose light others find their way. The commission was for a five-minute work, so within that short amount of time I wanted to present a miniature tribute to both the Guarneri and to Beethoven’s final quartet. I imagined viewing this incredible work through a kaleidoscope, then shaking it after the first few measures; all the tiny pieces of plastic remain constant, but their placement has shifted, and a different image appears. I felt that the Guarneri’s emotional connection to—and intimate understanding of—the thematic material would help empower this brief movement to illuminate another facet of the great Beethoven quartet.

Although not completed until 1875, Brahms began sketches for his third Piano Quartet as early as 1855, around the time he also began composing what became his first Piano Quartet (in G minor). At that time, he was profoundly distraught over his friend Robert Schumann – who had fallen gravely ill and was captive in an asylum. He soon became distraught over Clara, too, having fallen deeply in love with her during the time he spent by her and Robert’s side. Clara’s main preoccupation, however, was Robert’s condition, and Brahms’s affection remained tormentingly unrequited.

Brahms’s emotional state when he began work on the quartet was captured by the sardonic remarks he enclosed when sending the completed manuscript to the publisher, decades later: “On the cover you must have a picture, namely a head with a pistol to it. Now you can form some conception of the music! I’ll send you my photograph for the purpose.” German readers at the time would have recognized the grim allusion to Werther, the tragically lovestruck and eventually suicidal protagonist of Goethe’s most famous novel.

Both Robert and Clara Schumann are musically inscribed, moreover, into the Quartet’s opening theme. After two interrupted starts, the violin introduces a descending five-note motif (E♭-D-C-B-C). This figure is adapted from Clara Schumann’s piano composition, Variations on a Theme by Robert Schumann, Op. 20, which she performed for Brahms in 1854; that piece, in turn, was based on a theme used in her husband’s Bünte Blatter, Op. 99.