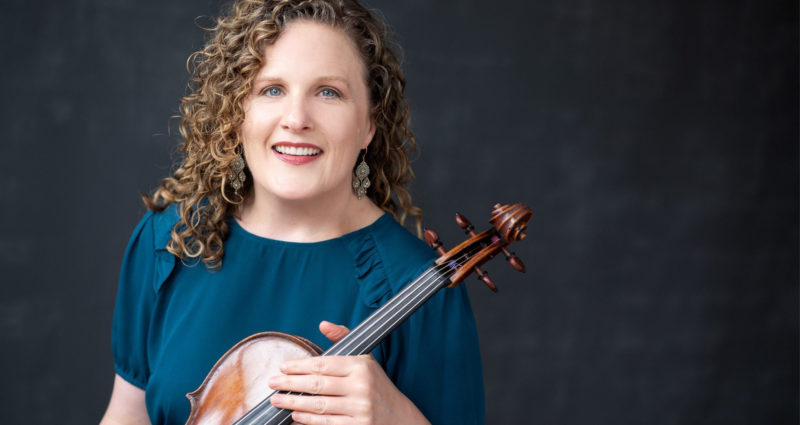 Polish-born Russian Jewish composer, Mieczysław Weinberg, was a compositional disciple of Shostakovich, whom he first met in the 1940s. At that point, Weinberg had graduated from the Minsk Conservatoire and was living in Tashkent. Shostakovich, impressed by Weinberg’s first symphony, encouraged the composer to move to Moscow. It was a complicated time and place to be an artist. 1948 saw the introduction of the “Zhdanov Doctrine,” which required creative expression to conform to the party line. “Formalism”—a term derogatorily used for abstract art—was discouraged in favor of works that promoted the social objectives of the Soviet regime. In musical terms, this typically meant widely accessible music that served to boost collective pride and celebrate nation and party. In contrast, “absolute music,” or instrumental music without any programmatic content, was viewed with suspicion; chamber music was a particular target for disparagement, given its historical origins in elite and private social spaces.

Weinberg, however, was a prolific and unapologetic chamber music composer and continued producing various chamber works during this period, including this String Trio. While he was not persecuted for his compositional output as such, he was certainly not promoted. As he later put it, “everything that was played was played either in spite of the Ministry of Culture or at least without its help, and only because of the active desire of the performers.” The String Trio, meanwhile, was never played at all; the work remained unpublished until 2007, well after his death.

The work exhibits some of Weinberg’s and Shostakovich’s shared interests, including recourse to popular, especially Jewish, folk themes, especially in the Finale. Yet ultimately Weinberg’s debts to Shostakovich were more than compositional. When in 1953 one of Weinberg’s in-laws was declared an “enemy of the people,” Weinberg was arrested, jailed by the Kremlin, and likely to be executed. It was because of Shostakovich’s intervention with a friend in a high place that Weinberg’s life was spared following Stalin’s death in March of that year.

Lyrical Inventions for Ensemble aims to recreate the experience of standing around a piano with friends or family and sharing a musical moment. There are no specific instrument parts for the ensemble as each player is playing from a piano score. The two melodic lines (one in treble clef and the other in bass clef) are performed solo or in unison. Each number is inspired by the types of music that are traditionally shared in this way, such as a jazz lead sheet, a hymn, or a show tune.

Before Brahms had ever visited Vienna—the city where he would eventually settle for the majority of his career—he worked between his native Hamburg and the small court of Prince Leopold III at Detmold. He secured his post at Detmold thanks to Clara Schumann, whom he had met in Düsseldorf in 1853. Schumann was impressed by Brahms’ talent even at age twenty, and she remained a lifetime friend, supporter (and of course, love interest) of the composer. During these stable years, Brahms spent his winters at the court, where he gave lessons to Princess Friederike. The rest of the year, sustained by the stipend he received from his court position, Brahms returned to Hamburg, where he founded the Hamburg Ladies’ Choir and composed a wide range of chamber music—including both String Sextets, the Piano Quintet, his first two Piano Quartets, and an abundance of songs and choral music.

The Piano Quartet, Op. 25 is a composition on a grand scale, in a complex form rich in development and full of contrasts, seemingly designed for the concert stage rather than the domestic salon. (Indeed, a few decades later, Arnold Schoenberg saw its symphonic potential, which he realized by orchestrating it.) Its exhilarating Finale is marked “alla Zingarese,” which translates to “in the Gypsy style,” an allusion to the popular Romani music which could be heard in streets and cafés across Germany and Austria. The Quartet received its premiere performance in Hamburg in 1861, with none other than Clara Schumann handling the fiendish keyboard part. It was among the first works Brahms performed when he moved to the Austrian capital the following year, arousing excitement among Vienna’s artistic circles over the up-and-coming new musical personality.