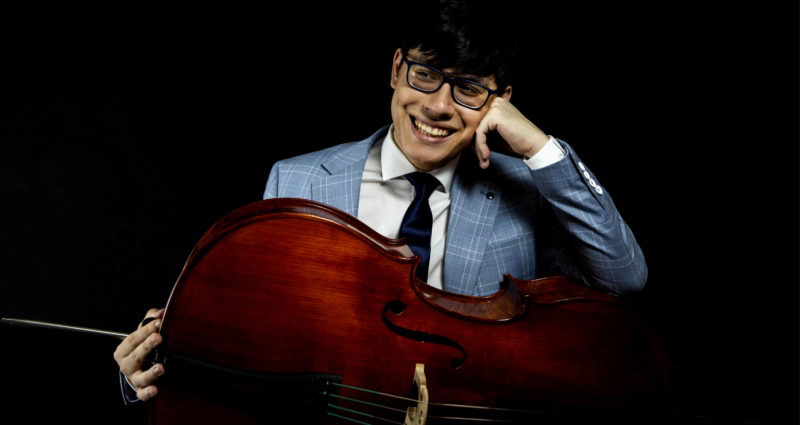 Like his more famous Septet, Op. 20, this Sextet dates from the mid 1790s, a period when Beethoven, freshly arrived from Bonn, was establishing himself in Vienna as a pianist and, more gradually, as a composer. He focused especially on chamber music during these years—writing piano trios, string trios, a clarinet trio, a horn sonata, and another sextet for clarinets, horns, and bassoons—gaining familiarity with varied instrumental techniques and ensemble textures as he prepared to venture his first string quartets and his first symphony by the end of the decade. Some of these early chamber works were not published until much later, hence the misleadingly high opus number on this Sextet (which bears no relation to Op. 81a, Beethoven’s piano sonata nicknamed Les Adieux).

Little is known about the genesis of this Sextet. The musical evidence—in particular the “concertante” horns, cast in soloistic relief against the backing quartet which assumes the role of a reduced orchestra—suggests that Beethoven composed with specific, exceptionally skilled, instrumentalists in mind. (These horn solos, virtuosic by any measure, become all the more so when one recalls that the valved horn was not yet invented at the time of composition.) By the time Beethoven set about publishing the work in 1810, he offered it to an old friend from Bonn, Nikolaus Simrock—an accomplished horn player who also became one of Europe’s most important music publishers. Simrock, two decades Beethoven’s senior, had given the composer some horn lessons in his youth, and the two remained friendly even after Beethoven left his hometown. When he sent Simrock the sextet, Beethoven enclosed a letter: “the former pupil now gives his master many a tough nut to crack.”

Intonations is my first multi-movement quartet, inspired in part by the novel The Invisible Man by Ralph Ellison. Each movement explores a distinct quality of the human voice, from the breath of harmonica blues to a gospel singer’s melodic thread to vocal cadences in hip hop. It has been a great joy to collaborate with the JACK Quartet, both as performer and composer.

Intonations was commissioned by the 92 St. Y for premiere performance on May 23, 2016 as part of the New York Philharmonic Biennial. “Harmonica” was workshopped and performed previously in June 2015 at the Tanglewood Music Center. I’m grateful to these institutions and to Clement So and Ellen Highstein for helping bring this composition to life.

Between 1917 and 1920, Elgar spent most of his time at Brinkwells, the thatched cottage that he and his wife rented in Fittleworth, West Sussex. There, the composer known for such tubthumping patriotic anthems as Land of Hope and Glory and Crown of India retreated into a more troubled introspection. It was while at Brinkwells that Elgar composed a handful of his last and most ambitious works: his String Quartet, his Piano Quintet (described by his wife as “ghostly”), and his celebrated Cello Concerto. Rather like Kreisler’s String Quartet, Elgar’s Cello Concerto conveys something of the composer’s feelings of melancholy and nostalgia in the traumatic aftermath of World War One. In Elgar’s case, this pathos leads ultimately to resignation—not only in the face of human loss, but also in the face of avant-gardist compositional movements that were gaining.

COVID POLICY
Proof of vaccination and booster required upon entry at Crooker Theater.