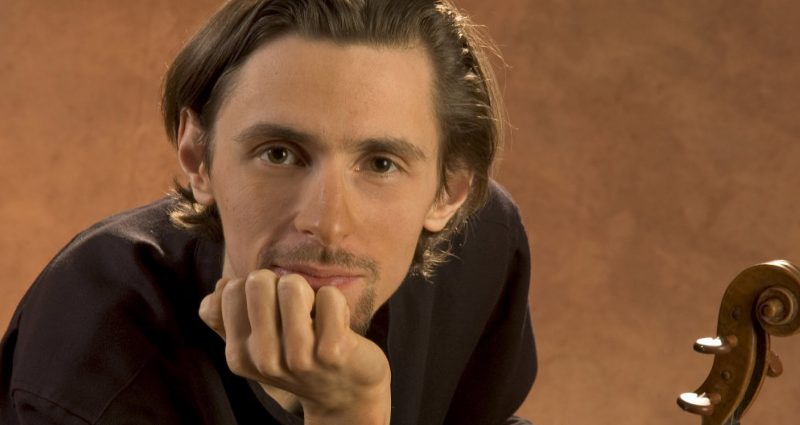 The Viola Sonata was Shostakovich’s final work, completed in July 1975. He had already been experiencing health problems for over a decade, having been diagnosed with a form of polio; in his last years this would be compounded by two heart attacks and lung cancer. He ceased to perform as a pianist, but continued to tour and compose actively between stretches of time in hospital.

Shostakovich dedicated the sonata to Fyodor Druzhinin, violist of the Moscow Conservatory–based Beethoven Quartet. Shostakovich’s relationship with the Beethoven Quartet extended back several decades—the ensemble had collaborated intimately with Shostakovich, premiering nearly all of the composer’s fifteen string quartets, and Shostakovich had paid them tribute by dedicating one of his string quartets to each of the ensemble’s founding members. However, Druzhinin (who was not even alive when the group was formed) had joined the Quartet only in 1964, upon the death of founding violist Vadim Borisovsky, and so had not received the dedication of a quartet.

The Sonata is characterized by the stark, pared-back style shared among many of Shostakovich’s late works, a “purgatorial numbness,” as musicologist David Fanning eloquently puts it, in which “moments of tonal clarification register as out-of-body experiences.” It is difficult not to read allegorically into Shostakovich’s choice to conclude each movement with the expression marking “morendo” (dying out) while correcting proofs in his final days. The work is rich in biographical contemplation and allusion, and nowhere more so than in the final movement: Shostakovich weaves in flickering quotations from, among other things, all fifteen of his symphonies (in order), haunted by the recurring, tolling motif of Beethoven’s “Moonlight” Sonata.

Some of Mendelssohn’s greatest achievements in chamber music came during his adolescence—most famous of all, the irresistibly exuberant Octet, a staggering achievement in polyphonic teamwork composed by Mendelssohn at age 16. Before the Octet, Mendelssohn had written three piano quartets—keyboard showpieces that he performed in Berlin, Weimar, and Paris salons to the amazement of all assembled.

Mendelssohn’s two piano trios, on the other hand, are not the products of this youthful effusion, but rather that of a mature and established pillar of Leipzig’s musical life. He had also become a connoisseur of music history. Of particular relevance here, Mendelssohn had been engrossed in the piano trios of Mozart, Beethoven (with a particular affection for the “Archduke” Trio), and Schubert (whose Trio in B-Flat Major had only recently been published in 1836, several years after the composer’s death). With such models at his disposal, Mendelssohn was prepared to try his own hand at the form, composing his first piano trio in 1839. Like his earlier chamber music for piano and strings, the piano part entails maximal virtuosity; but like the trio repertoire he had come to admire, the string players participate in equal measure. In the case of this trio, the cellist is especially privileged, endowed with introducing both the first and second subjects of the opening movement—and, presenting, at the end of the Finale, the final return of a theme which parts the clouds to reveal the rays of a major-key resolution.

The Trio was an immediate success following its 1840 premiere, with the composer at the piano, and has remained an enduring favorite ever since. Perhaps the highest praise came from Mendelssohn’s friend and colleague (and fellow Leipzig denizen) Robert Schumann: “This is the master trio of our age, as were the B flat and D major trios of Beethoven and the E flat trio of Schubert in their times. It is an exceedingly fine composition which will gladden our grandchildren and great-grandchildren for many years to come.”