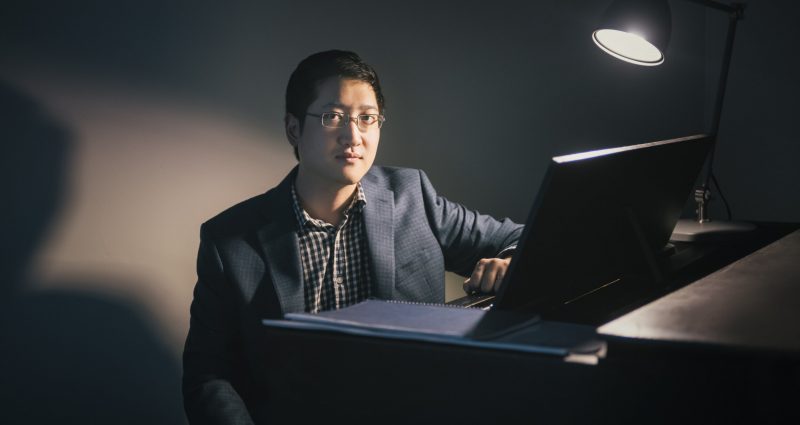 Composer and pianist Anthony Cheung writes music that explores the senses, a wide palette of instrumental play and affect, improvisational traditions, reimagined musical artifacts, and multiple layers of textual meaning. Described as “gritty, inventive and wonderfully assured” (San Francisco Chronicle) and praised for its “instrumental sensuality” (Chicago Tribune), his music reveals an interest in the ambiguity of sound sources and constantly shifting transformations of tuning and timbre. Representations of space and place are achieved through allusions in spatialization, orchestration, and recorded sound.

The recipient of a 2016 Guggenheim Fellowship, he has also received awards from the American Academy of Arts and Letters (Charles Ives Fellowship and Scholarship) and ASCAP, and first prize in the Sixth International Dutilleux Competition (2008), as well as a Rome Prize from the American Academy in Rome (2012). He has also received commissions from the Koussevitzky and Fromm foundations.