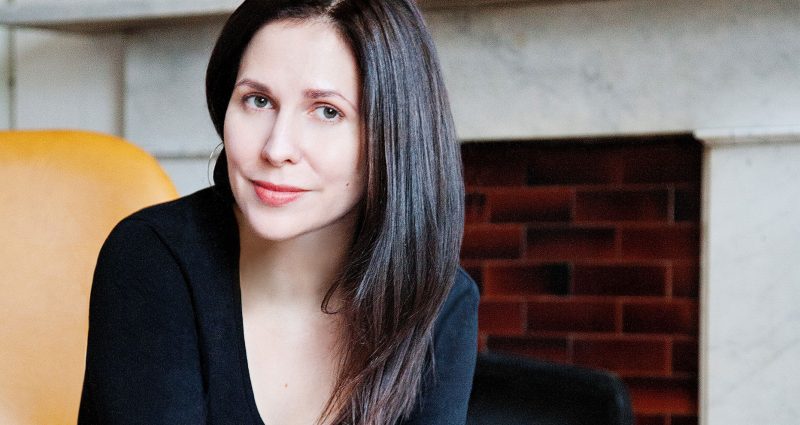 Her music noted for its “highly flexible and distinctive style” (The Guardian), ranging from “exquisiteness and restrained power” to “combative and utterly compelling” (Gramophone), Arlene Sierra is widely regarded as one of today’s most original composers. Recent premieres include Nature Symphony “memorable for its creation of wonderful sounds from a large orchestra” (Bachtrack.com) commissioned by BBC Radio 3 and the BBC Philharmonic, Dalia from Cuatro Corridos, a monodrama for soprano Susan Narucki which toured the U.S. and Mexico and was broadcast on Mexican television, and Urban Birds commissioned by the PRS New Music Biennale for a U.K. tour including the 2014 Commonwealth Games in Glasgow.

Sierra has composed works for the International Contemporary Ensemble, the BBC National Orchestra of Wales, the Bremen Philharmonic Society, the Carducci Quartet, Lontano, Psappha, the Albany Symphony, and the Seattle Symphony. Notable events include European performances of the work Butterflies Remember a Mountain, described as “precisely and joyously imagined” (The Times), by the Benedetti-Elschenbroich-Grynyuk Trio at the Concertgebouw and at the BBC Proms, a recording of Sierra’s piano concerto Art of War, and other works by the BBC National Orchestra of Wales, and the New York Philharmonic commission for chamber orchestra Game of Attrition, described by Time Out as “at turns spry, savage, sly and seductive… so enrapturing.” Current projects include the scheduled world premiere of Bird Symphony, part of Sierra’s role as Composer-in-Association with the Utah Symphony.

Declared “a name to watch” by BBC Music Magazine, Arlene Sierra is the subject of a series of portrait recordings by the prestigious Bridge Records label. Sierra first came to international attention when she was awarded the Takemitsu Prize in 2001. Further awards have included the Charles Ives Fellowship from the American Academy of Arts and Letters, Classical Recording Foundation Composer of the Year, a PRS Foundation Composers Fund award, fellowships including Aspen, Aldeburgh Britten-Pears, the MacDowell Colony, and a Leverhulme Research Fellowship. She has had the honour of Composer Portrait concerts at the Crush Room, Royal Opera House, London, the Yellow Barn Chamber Music Festival, Vermont, Composers Now New York, and Columbia University’s Miller Theatre. Sierra’s orchestral showpiece Moler was nominated for a Latin GRAMMY for Best Contemporary Classical Composition.

Arlene Sierra currently serves as Professor of Music Composition at Cardiff University School of Music. She lives in London with her husband, British composer Kenneth Hesketh, and their son Elliott.