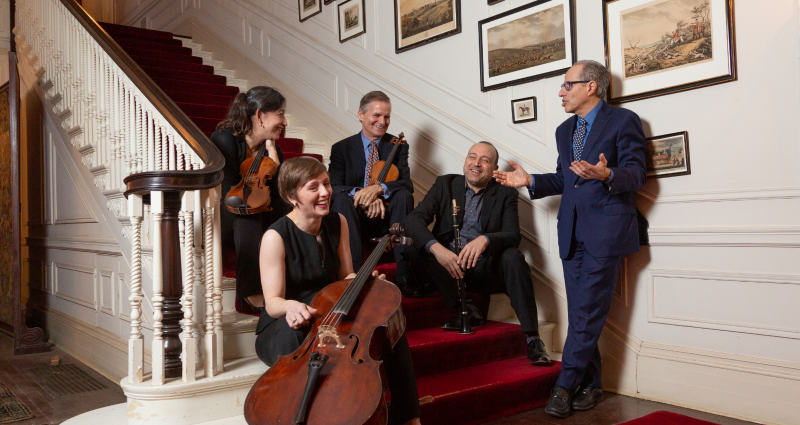 Presented as part of the Bowdoin International Music Festival since 1965, the Gamper Festival of Contemporary Music represents a sustained commitment to nurturing and promoting the music of our time.

Music From Copland House is the acclaimed resident ensemble at Aaron Copland’s National Historic Landmark home in New York, now restored as a unique creative center for American music. Since its trium­phant New York debut as the Opening Night of Merkin Hall’s 1999-2000 season, Music from Copland House (MCH) has come to occupy a special place on the U.S. musical scene as perhaps this country’s only wide-ranging American repertory ensemble. Provocatively uniting past and present, American and non-American, it journeys across 150 years of our nation’s rich musical legacy, reaching back deep into the 19th century and forward to just-completed compositions.