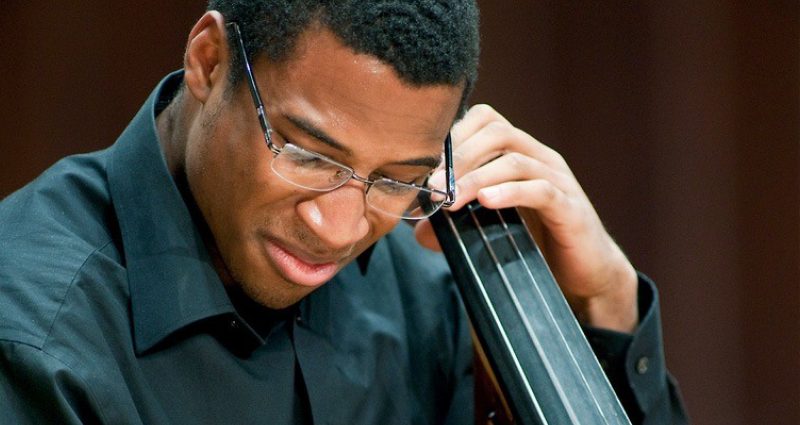 Xavier Dubois Foley has provided the following program note to accompany Spirit of the Ice Bear:

I started composing the piece “The Spirit of the Ice Bear” after being exposed to Native American spiritual flute music for the first time. When I listened to the artist perform, he was improvising the entire time, and the imagery that came to mind while listening was a spirit animal that resembled a bear covered in frost. “The Spirit of the Ice Bear” features Native American improvisatory elements infused with classical music, blue grass, and many more genres of music from all over the world.

Xavier Dubois Foley has provided the following program note to accompany Etude No. 12:

This is a piece I wrote based on the Reconstruction Era that took place after the American Civil War (1861-1865). The piece reflects the impressive amount of destruction as a result of the war, with the music changing to a more “happy” mood to signify the taste of freedom by those who were once enslaved.

Brahms’s cello sonata, Op. 38, was begun shortly after the composer’s move from Hamburg to Vienna when he was not quite thirty years old. It was a period when chamber music was flowing freely from his quill: he had brought with him the two recently completed piano quartets, and he also completed the piano quintet and a pair of string sextets during this span of years which has become known as Brahms’s “First Maturity.”

Yet this work, written for the cellist and singer Josef Gänsbacher, was Brahms’s first duo sonata. Gänsbacher was present for the Viennese premieres of the piano quartets and became a fast and lasting friend to Brahms upon his arrival to the new city, helping him acquire a position as choirmaster at the Vienna Singakademie in 1863. When Brahms first composed the sonata in 1862, he conceived it in three movements – an Allegro, an Adagio, and a Minuet. But, following repeated enjoinders from his prospective publisher, he was eventually compelled to add the Allegro Finale and withdraw the Adagio. The result, published in 1865, is a rather unusual three-movement form without a true slow movement.

The sonata reflects Brahms’s remarkable music-historical consciousness and his concerted desire to retool early music in the service of modern composition. Since the 1850s, he had become (at Clara Schumann’s instigation) a subscriber to the new Complete Edition of the works of J. S. Bach, which were published on a rolling basis over the second half of the nineteenth century. Since his move to Vienna, Brahms had become a frequent reader at the Hofbibliothek, where he diligently transcribed a wide range of early music manuscripts into notebooks for future use. Brahms’s Bachian inspirations in particular are on full display in the Finale, which opens with an homage to the Art of the Fugue through gestural and structural allusions introduced in three-part counterpoint—with one line allocated to the cellist and another to each of the pianist’s hands.