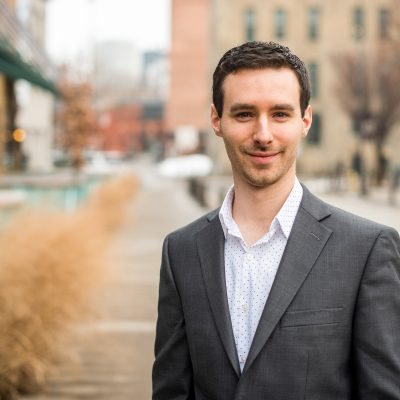 Daniel Nitsch became Executive Director of the Bowdoin International Music Festival in 2016 after joining as Director of Admissions and Operations in 2015. Since his arrival, the Festival has doubled student applications, expanded community engagement to include collaborations with museums, sports teams, breweries, and schools, and launched a streaming service that broadcasts free live performances to more than 60,000 annual viewers in nearly 100 countries. During the Coronavirus pandemic, Nitsch and Festival staff launched a free online education program in ’20, navigated a return to in-person education in ’21, and returned to full programming in ’22. Looking to the future, Nitsch and Festival trustees have renewed the organization’s commitment to student scholarship growth, and have implemented new fundraising strategies to support equitable access to Festival programs.

Nitsch previously served at Yellow Barn Music Festival where he oversaw growth in applications and served on the development team of the Music Haul, a mobile concert hall which brings performances and music education to urban neighborhoods, city centers, parks, and grammar schools. Nitsch previously held positions with the Cleveland Orchestra, Music@Menlo, American Bach Soloists, and the Oberlin Artist Recital Series. Nitsch served as assistant conductor of the Northern Ohio Youth Orchestra and has performed as both a soloist and in ensembles.

A native of Rochester, NY, Nitsch holds a B.Mus in classical guitar performance from Oberlin Conservatory of Music and a Master’s in Public Policy, Planning, and Management from the Muskie School of Public Service.

Nitsch lives in Brunswick with his wife Laura del Sol Jiménez and their son Martin.