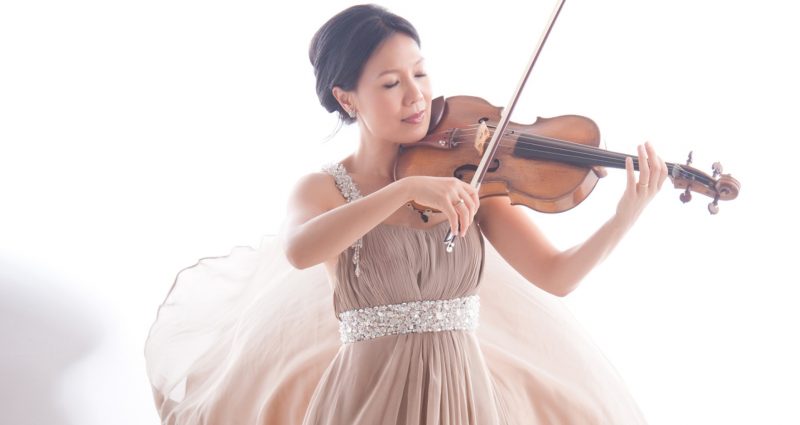 This rebroadcast will be available through 6:30 PM EDT on Friday, July 3.

This concert is a rebroadcast from Friday, July 5, 2019 in Studzinski Recital Hall at Bowdoin College. It will be available to view on demand for 48 hours after this live rebroadcast.

Leonard Bernstein graduated from Harvard in 1939, and later reminisced of those college days as “among my greatest musical assets: for the general non-musical training given to me there opened my mind to the world’s work.” From Cambridge he moved to Philadelphia to study at the Curtis Institute, where he received more intensive training as a conductor from Fritz Reiner. And after receiving his diploma there in 1941, he set up with some theater friends in an apartment in Greenwich Village, while spending summers at Tanglewood studying conducting with Serge Koussevitzky.

According to the title page, the Sonata for Clarinet and Piano was composed in two phases during these early years: begun in Key West in September, 1941, and completed in Boston in February, 1942. (The Leonard Bernstein estate’s timeline reminds us that the bombing of Pearl Harbor occurred between these two periods of composition.) In the sonata’s angular, neoclassical style, one might notice the imprint of Paul Hindemith, the German composer who had emigrated from Nazi Germany to the United States, and who had taught Bernstein at Tanglewood in the summer of 1941. Once he completed the sonata, Bernstein dedicated it to his fellow Tanglewood student, the twenty-year-old clarinetist David Oppenheim.

The sonata became Bernstein’s first published piece – it was so promising a début that Warner, the music publishing giant, shrewdly offered the young Bernstein a lucrative five-year contract in return for publishing with them, thus launching his illustrious career.

Guillaume Connesson has written the following program note to accompany his Sextet:

Composed for my friends Eric Le Sage and Paul Meyer for a New Year concert, this sextet was written with festivities and entertainment in mind. The first movement, “Dynamic,” is a series of variations, which multiply the rhythmic processes inherited from minimalist American music. The central “Nocturnal” section is a soft and painful confidence sang by the clarinet amid a harmonic backdrop of strings and piano. Finally, “Festivities” creates a sense of joy and excitement (with an allusion to Schubertʼs “Trout”). The score ends with a “cadential” joke.

Despite trying his hand at string quartets during the 1860s, the specter of Beethoven’s quartets continued to loom over the genre. Brahms would not feel satisfied with his attempts until 1873, when he was nearly 40.

However, in contrast to quartets, the string sextet offered less trodden ground, with few precedents since the sextets of Luigi Boccherini over half a century prior. Young Brahms, exceedingly conscious of music history, and anxious about his place in it, felt more confident experimenting with the larger ensemble. He composed this first example at the age of 27, and a second one five years later. His success in these pieces can be measured by the litany of composers (including Dvořák, Dohnányi, Schoenberg, Schulhoff, and Strauss, among others) who, undaunted, took up the form in turn.

The scope of the composition is vast. Brahms spins no end of new melodies, including a theme in the style of a Viennese waltz which returns, in quiet pizzicato, to conclude the first movement. The second movement is a magisterial set of variations on a dolorous theme – introduced first in the lower strings, and then echoed with heightened intensity by the first violin. The third movement, a Scherzo, shows Brahms’ craft in displacing the strong beats of the meter, while in the buoyant Trio (the middle section of the Scherzo), he instead displaces the tonal center from one phrase to the next. And in the Rondo Finale, Brahms pits various subdivisions of the ensemble against each other, introducing the main theme in the lower trio of instruments, after which the upper trio are allowed to respond.